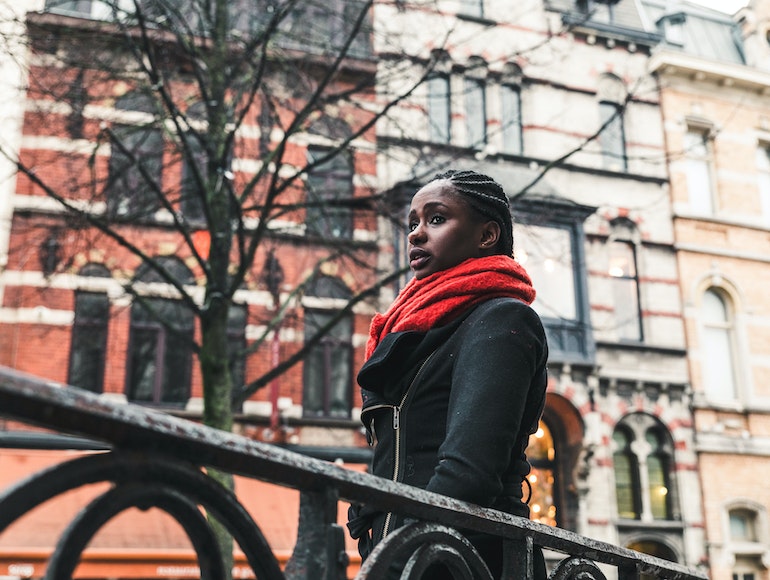 Aminata Demba is a Belgian-Malinese actress and presenter. In recent years she played in theatre performances 'Dis-moi wie ik ben' (KVS), 'Marieke Marieke' (HZT), 'De moed om te doden' (Toneelhuis), 'Futur Simple' (De Maan) and 'Konijn met pruimen' (Laika). In addition to her existence as an actor, she also made the documentary 'Pelikaanstraat 20' together with director Leslie Verbeeck. In the documentary she investigates the theme of migration from different angles. A short version of this documentary was broadcasted on Canvas.

In the spring of 2019 she will play in the NTGent performance Black. This is part of the trilogy The Sorrows of Belgium by Luk Perceval.

In the coming autumn, Aminata will also be performing in the performance RACE directed by Johan d'Hollander and in the beginning of 2020 in IEMAND MOET HET DOEN, a production by theatre company Lazarus.

Together with Laika she is preparing a new youth theatre performance for the autumn of 2020.