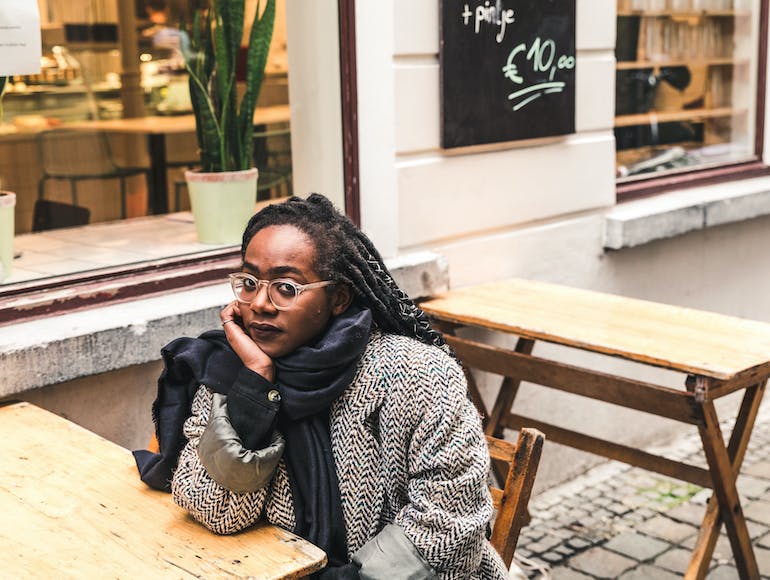 Andie Dushime (º1995, Kigali) is a Belgian/Rwandan actress and model (la fille d'o). She made her acting debut with Milo Rau's 'Lam Gods'. Dushime studied Arts at the University of Ghent but put her studies 'on hold' to devote herself further to the theatre world. She is also an established name in the Ghent music scene: for years she has declared her love for raw soul and jazz. Also something she will do in 'Black', Luk Perceval's piece that will premiere in the spring of 2019.