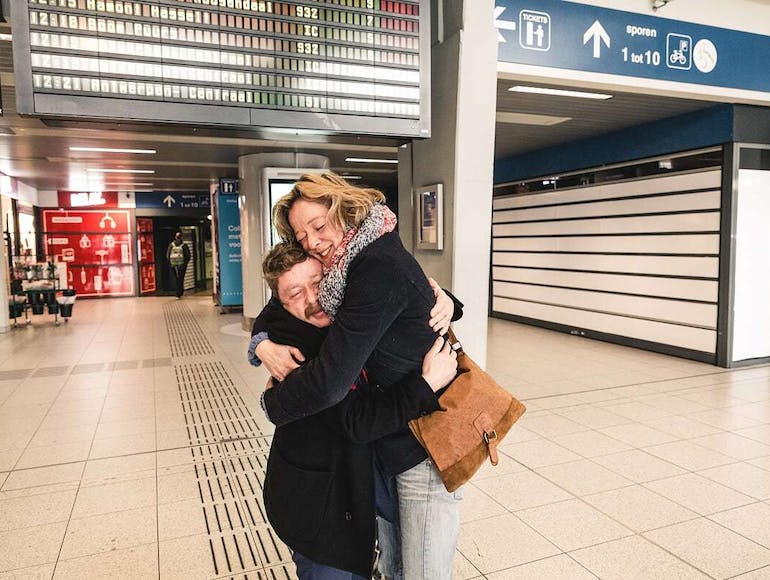 Ariane van Vliet (1971) comes from The Hague and graduated from Studio Herman Teirlinck (Antwerp) in 1993.

After that she played with the Blauwe Maandag Compagnie in among others Ten Oorlog (Luk Perceval). For many years she was a regular actress at the Toneelhuis in Antwerp and played in productions by Luk Perceval: Franciska, Uncle Vanja, Andromak, Mac Beth and later in productions by Guy Cassiers: Onegin, Mefisto Forever, Atropa and recently in Forgive us a co-production with Toneelgroep Amsterdam. In recent years she has been a freelance actress and has played with Het Paleis and Lazarus, among others. She makes her own performances with partner Alice Reijs and they are currently touring with their children's show Ans en Wilma Verdwaald, of which a picture book was published last year with drawings by Kaatje Vermeire.

She can be seen in several TV series (Professor T, Code 37, Baptiste) and last summer she made her first film with director Tim Mielants called De Patrick.

She has three daughters with Koen De Graeve and lives in Antwerp.