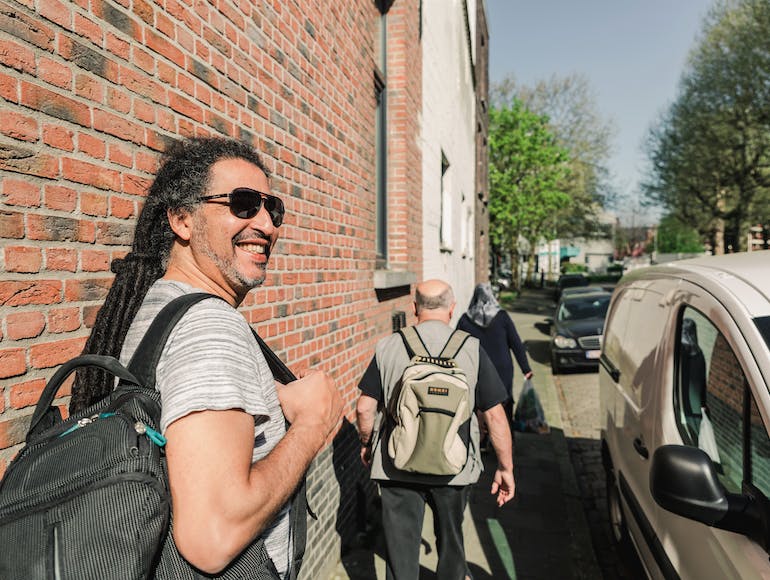 Chokri Ben Chikha (born 1969) is an actor, dancer, choreographer, performer and dramatist. He is artistic lead at Action Zoo Humain and teaches and researches at the KASK in Ghent, where he obtained his doctorate in the arts in 2013.

In 2009, he founded Action Zoo Humain, a company that plays with polyphony and explores how theatre can directly affect reality, without losing sight of its poetic potential and self-criticism. In his State of Theatre during the 2018 Dutch Theatre Festival, Chokri brought this vision to the stage in a controversial way.

Chokri questions the tension between ethics, identity and neoliberalism: he identifies these concepts as three of the most important challenges of the 21st century. These ideas came together in the Truth Trilogy: Join The Revolution (2015), Amnesty (2018) and The Truth Commission (2013–2018), which were performed in old courts and in the Belgian Senate.

With his students in Maastricht, Ghent and Barcelona, he actively works on questioning and updating the repertoire of Action Zoo Humain. In this way, younger generations develop a critical attitude towards their own theatrical performances. In the season '21-'22, the performance Flemish Premitives by Action Zoo Humain and Chokri will premiere in NTGent Schouwburg.

In the coming years, he will focus on the theatre productions De Waarheidscommissie.NL (working title), Barça 2024, Jeruzalem (aan de Schelde), Zwarte huid, witte maskers and FAUST, with performances in Belgium and abroad.