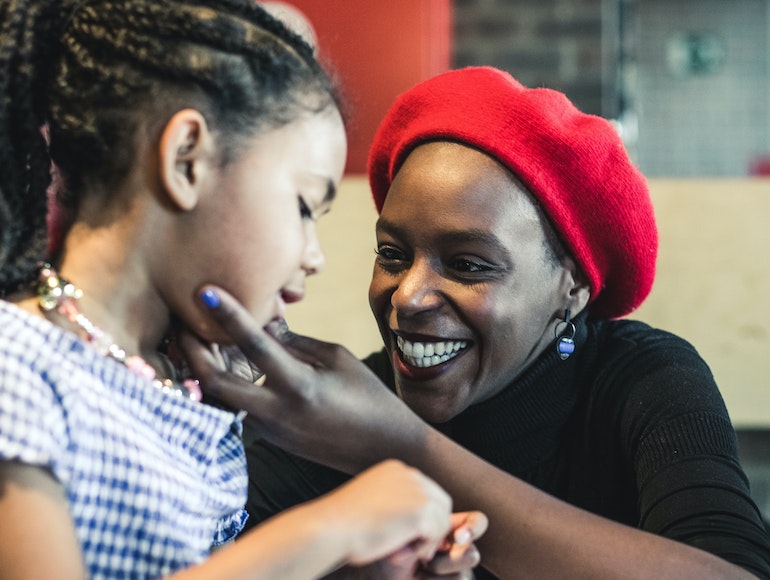 Dalilla Hermans (°1986) is Belgian author and theatre maker. In 2014, she wrote a text about her experiences with racism in Flanders. Since then she has been delving into the theme. Dalilla, born in Rwanda, has made it her mission to transcend polarisation and go back to seeking dialogue between people, regardless of their origin.

Dalilla wrote a book about her life path that came out in May 2017: Letter to Cooper and the World  (Manteau). In 2018, she contributed to the anthology Black (Atlas Contact) and her children's book Brown Girl Magic (Davidsfonds Infodok) with illustrations by Fatinha Ramos came out, which received awards worldwide. This was followed in May 2019 by a psychological thriller Black Out, published by Horizon. Dalilla also is a regular columnist at De Standaard.

In February 2020, Dalilla Hermans made her debut as a theatre maker with Her(e). For this, she spent a weekend in seclusion with about thirty black women. On the basis of their conversations, she wrote a text about their lives in Belgium.

In the 2021-2022 season, she returns to the theatres with  Us,(k)now.  A powerful, hopeful performance about black consciousness and the empowerment of the current generation of teenagers.