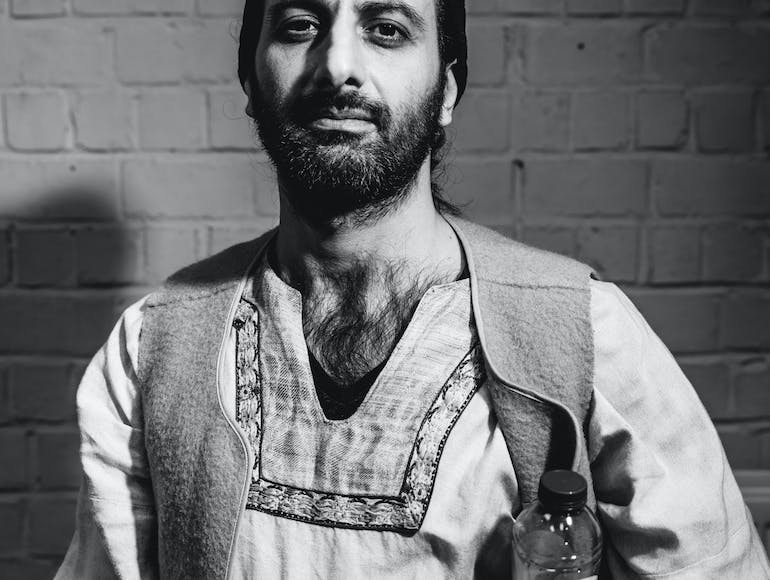 Actor, theatre maker, dancer, yoga teacher for beginners and a sufi dance (ritual) granter Duraid was born in Baghdad in 1980 and joined the Institute of Fine Arts at the age of 15 to study theatre. After graduating with a Diploma in directing in 2001 he went directly to the College of Fine Arts to undertake a Bachelor of Theatre in directing in 2007.

While working on his degree, Duraid took on many extracurricular activities, such as teaching theatre in a kindergarten for orphans.

Most significantly, he participated in Iraq’s first ever Contemporary Dance workshop and went on to join ‘Iraqi Bodies’, one of the first-ever Modern Dance theatre makers in Iraq. Their first project ‘Crying of my mother’ was performed nationally and internationally.

Duraid’s extensive experience includes acting in many short films in Iraq as well as having the lead role in a major feature film, ‘Battle for Haditha,’ directed by Nick Broomfield and shot in Jordan in 2007. This film took the prize for the ‘Best Director’ at the Toronto Film Festival in 2007.

Besides having lived and worked in Holland, Duraid has also worked in Belgium as an actor and director and is a member of the new theatre company Strange fruit.

Duraid recently went to work as a volunteer in Ecuador for one year in an organization called Inti Sisa. There he gave lessons in English and theatre to little children who live in the indigenous communities up in the mountains as well as helping in their construction work.

At present he is working with KunstZ as an acting coach. In 2019 he is performing in ‘Orest in Mossul’ at NTGent, directed by Milo Rau.