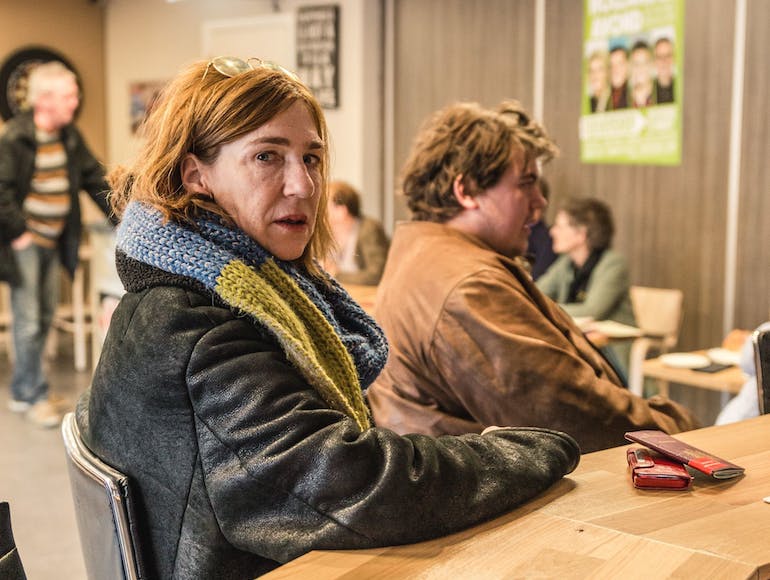 She performed with Fact, "Bonheur" and then with Theatergroep Hollandia in "Prometheus", "Perzen" ("Persians"), "Fenicische vrouwen" ("Phoenician women"), "Menuet", "Industrie Project 1: KLM Cargo", "De val van de goden" ("The fall of the gods"), among others. With Paul Koek she made "Vuile dieve" ("Dirty Thief").
She also worked for other companies such as Het Zuidelijk Toneel ("Thyestes and Decadence", directed by Dora van der Groen, "Trojaanse vrouwen" ("Trojan women") and "Hard brood" ("Hard Bread") and De Tijd ("Bérénice"). At ZTHollandia she performed in "Het land" ("The land"), "Truus en Connie", "GEN", the music theatre performance "Bacchanten" and "De Metsiers". For her role in "Vrijdag" ("Friday") she was nominated for the Theo d'Or (prize for best female lead). She also performed in Gerardjan Rijnders's "Offertorium" and Johan Simons's "Fort Europa" ("Fortress Europe").

Elsie de Brauw is also regularly on television series and in films, including "Antonia" and "Uitgesloten" ("Excluded"). For her performance in the film "Tussenstand" ("Stages") (Mijke de Jong, 2007) she received the Golden Calf 2007 as best actress at the Dutch Film Festival. In 2018 she appeared in "God Only Knows", a film with Mijke de Jong.

She performed Lot Vekemans's award-winning monologue "Zus van" ("Sister of") (2005) in both Dutch and German. For this role she also received a nomination for the Theo d'Or 2005. In Germany, Elsie de Brauw regularly collaborates with the Münchner Kammerspiele, performing in "Schwester von" ("Sister of") and "Gift" ("Poison"), among others.

In recent years, Elsie has been seen in "Platonov", "Vals" and "Tauberbach", among others. The documentary "Elsie de Brauw - Like it here?" was made about the rehearsal process of "Tauberbach". In 2015-2016, Elsie de Brauw was in "Accattone" and "De kersentuin" ("The cherry orchard"), both directed by Johan Simons, and Benny Claessens's "Learning How to Walk".

She performed in "Accattone", "De vreemden" ("The strangers") and "Kosmopolis", all three directed by Johan Simons as a coproduction with the Ruhrtriennale.

During the 2018-2019 season, she will develop "Orestes in Mosul" with Milo Rau and teach at the HKA and KASK.