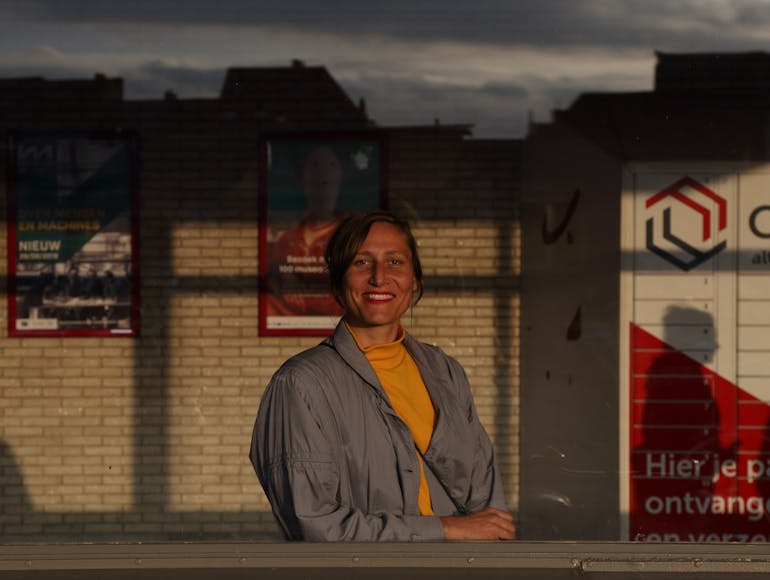 Fanny Vandesande (º1984) started off her education in the performing arts in the Royal Ballet School Antwerp, the Muda Institute and SEAD (Salzburg Experimental Academy of Dance). She followed international workshops with Ultima Vez, Les Ballets C de la B, La Raffinerie,… Her participation in the youth project of les ballets c de la b was a first milestone in her professional career being her debut in contemporary dance. Soon after finishing her initial studies, she left for Java, Bali and Lombok to collaborate with local dancers and choreographers including Vita Valeska and Boby Ari Setiawan.

In 2012 she got acquainted as a performer with the Nude Studies of United Cowboys. Two years later she played in Jenufa (De Munt/La Monnaie) directed by Alvis Hermanis and with a choreography by Alla Sigalova. In 2018 he worked as an artistic coach for MUS-E, Onbetaalbaar (Campo) and les ballets c de la b for the project Le Sacre (Day of Dance).

To this day Fanny collaborates with Victoria Deluxe for their project YOUnited9000 and with Platform-K. She is also part of TALK where she creates her own performances (the most recent being KOPP) and previously Ant and.. with which she played both at home and abroad such as (Arts festival Watou, Theatre festival Boulevard ’ s-Hertogenbosch, Vrijstaat-O ‘ Pas de deux’,…) She plays one of the Eve’s in Milo Rau’s Lam Gods, which premiered in 2018, and in the season of 2019-2020 she will be part of the cast of Het Narrenship directed by Sahar Rahimi.