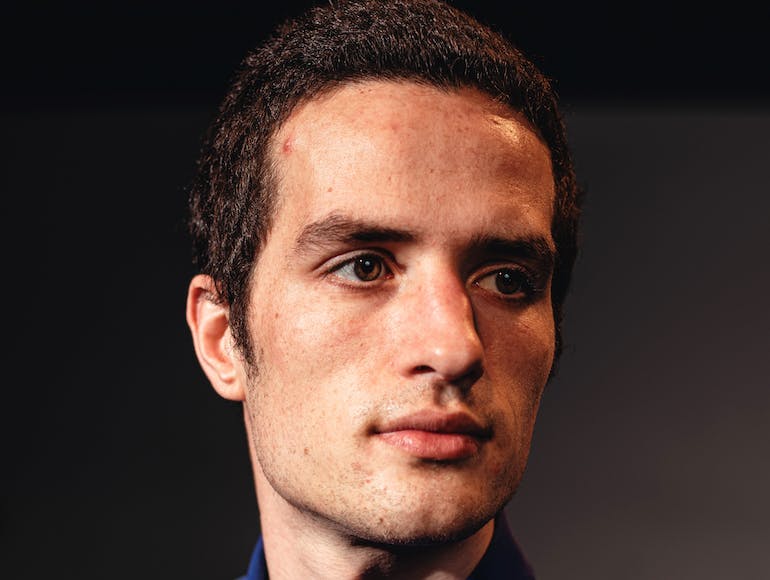 Jesse Vandamme (°1996) is a director, writer, producer and sound artist. He studied Performance at the Theatre Academy Maastricht and Drama at KASK in Ghent. During his studies, he collaborated as a writer, co-director and musician on Überdramatik at theatre Frascati and acted as an ‘inside eye’ (coaching for text and acting) on Hannah de Meyer's performance New Skin.

Together with Lucas Van der Vegt, Joeri Happel, Louise Bergez, Lucie Plasschaert and Laurens Aneca, he founded Het Werktoneel. He directed 7 Solos, Scènes, Giants and Solipists. As a director at Het Werktoneel, he coaches the actors in a way that stays close to their own personality: each actor speaks his own performative language.

At Camping Sunset, he worked as a coach for the film Happiness in 2020 and for the third part of Ten Oorlog in 2021. Several of his performances have been shown at the Love At First Sight Festival and Theater Aan Zee.

Jesse is fascinated by the psychology of people and researches the aesthetic application of literary criticism on capitalism. Byung Chul Han, Radiohead, Meg Stuart, Bifo Berardi and Zizek inspire him. Jan Steen's acting style and performances have also greatly influenced his methods.

In the coming years, Jesse will be creating an album, several solo performances, a group performance and an artistic work which will be displayed in a public space.

"I always collaborate intensively with the same people; you learn to understand each other very well"