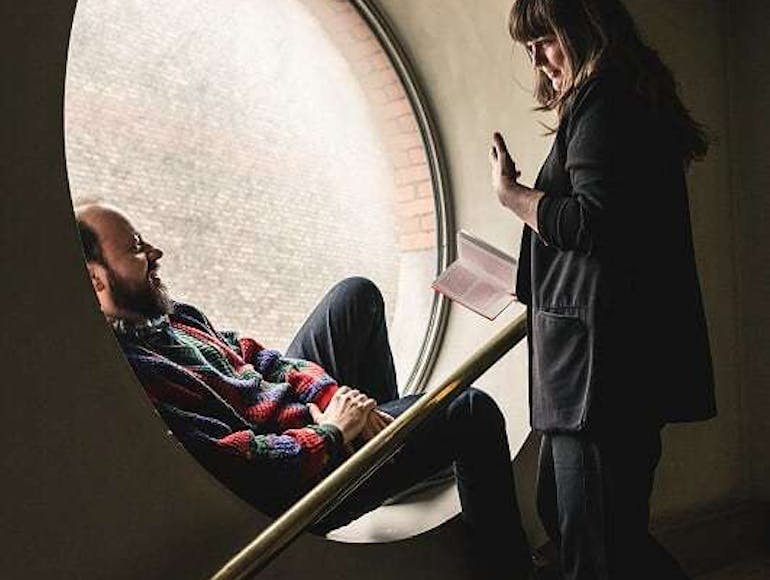 Joachim Robbrecht (Living in Rotterdam, born 1979) is author, director and performer in theatre. He studied literature at the University of Ghent (BE) and Theatre Directing at Amsterdam School of Arts (NL). Approaching theatre from an un-disciplinary stance, he has an avid interest in dissecting the political and historical layers, that constitute present-day subjectivities. He produces unorthodox but moving performances in theatres as well as site-specific and galleries and organizes context-programmes in which he invites other artists to show or discuss their work. In addition to his own productions he collaborates as a writer and performer with several dutch theatre collectives and artists such Dood Paard, De Warme Winkel, Wunderbaum. Since 2006 he is collaborating with Sarah Moeremans for and with whom he writes plays for her productions for one of the Netherland’s biggest national theatres Toneelgroep Oostpool. Besides he has been associated artist of German theatre group Andcompany&co and has been an artistic advisor of artists with various national and cultural background such as Enkidu Khaled, Artun Arasli (aka Alaska), Julian Hetze land Jimmy Grima.

Aside of his artistic activities he has been involved in education since 2012 as he believes schools to be the breeding grounds for inventive practices. Currently, he is tutoring at the Amsterdam University Graduate School DAS. His plays have been translated in German and he has represented the Dutch Performing Arts on several occasions in Istanbul, Vienna and Berlin. His work has been awarded with Ton Lutz Prijs, de Charlotte Köhler Prijs and Gouden Krekel and the German author prize for drama Kaas&Kappes.