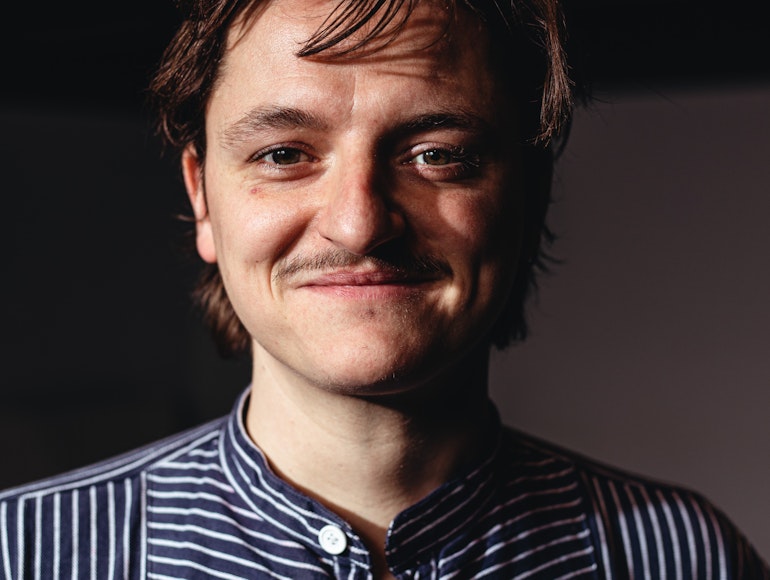 Joeri Happel (born 1991) is a Dutch theatre maker and actor. He graduated as an actor from KASK in 2021 and is a member of the collectives Camping Sunset and Zuidpark. Joeri previously performed at Compagnie de Koe and at Toneelhuis. In 2022, he will perform in the play De Koning eet  at Het Zuidelijk Toneel. Joeri is one of the actors of the Werktoneel (Scènes, Giants  and Solipsists).

He adores experimentation and co-creation. At Victoria Deluxe he is currently working with the group Lof der zotheid on a long-term project about psychological vulnerability and performance. Performances through the collective Camping Sunset are created with the audience, without a director where spectators watch the piece emerge and evolve over time. The interdisciplinary collective Zuidpark got a lot of attention by launching the concept Quarantaine TV  at the beginning of the lockdown in 2020. In 2021 the Werktoneel presented Scenes, inspired by Ingmar Bergman's TV series. Their distinctive acting style was hailed as ‘actor’s dare devilry’.

"What characterises me as a maker is that I am confused. I am bipolar, which makes me feel like I'm floating around like a boat at sea. I want to bring that confusion to the stage, to disrupt the audience. The work I make varies between naturalistic drama, existentialist clownery, political satire, poetic abstractions and pamphleteering."

This summer, he will make The Faust and the Furious  with Zuidpark and in 2023 he can be seen at Olympique Dramatique as well as performing in the new production of Het Werktoneel, directed by Jesse Vandamme.