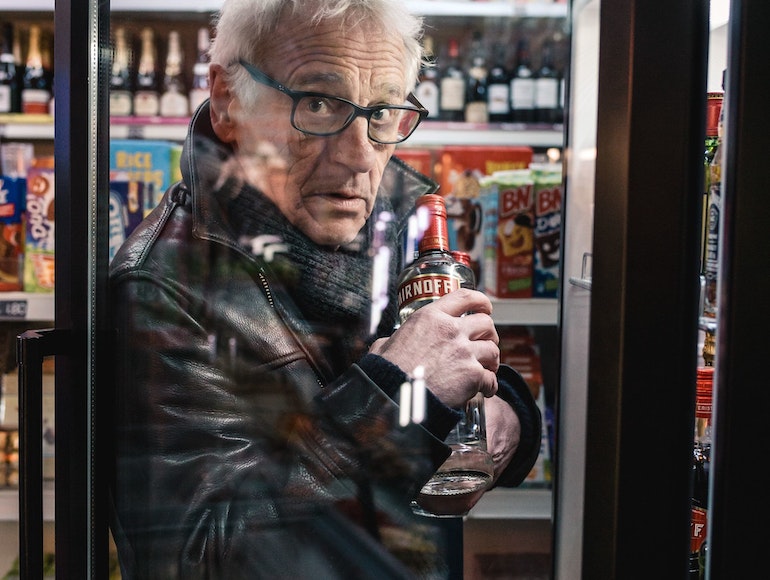 Johan Leysen, born in 1950, began his career as an actor in Belgian and Dutch theatres. He appeared in several films and met Jean-Luc Godard in 1983, who cast him as a professor in his film 'Je vous salue, Marie'.

Leysen has appeared in more than 130 films and television programmes since 1977 and has received several prizes. In 1998 he won the Golden Calf for Best Actor for his role in the film 'Felice...Felice...'. In the film 'The American' of 2010 he appeared as Pavel, the murderer of George Clooney, and in 'Le tout nouveau Testament' (2015) he played the husband of Catherine Deneuve.

Throughout his film career, Leysen always remained committed to the theatre. His collaboration with directors such as Guy Cassiers, Johan Simons and Heiner Goebbels made him one of the most important and prominent performing artists in Europe. Johan Leysen has previously worked with Milo Rau on 'The Civil Wars' and 'Five Easy Pieces'.

At NTGent he performed in the productions 'La Reprise' (2018) and 'Orestes in Mosul' (2019) by Milo Rau. In 2022 Leysen performs the integral version of 'Texts For Nothing' by Samuel Beckett at NTGent. A three-hour 'tour de force' as the crowning glory of an acting career that already lasts for 50 years.