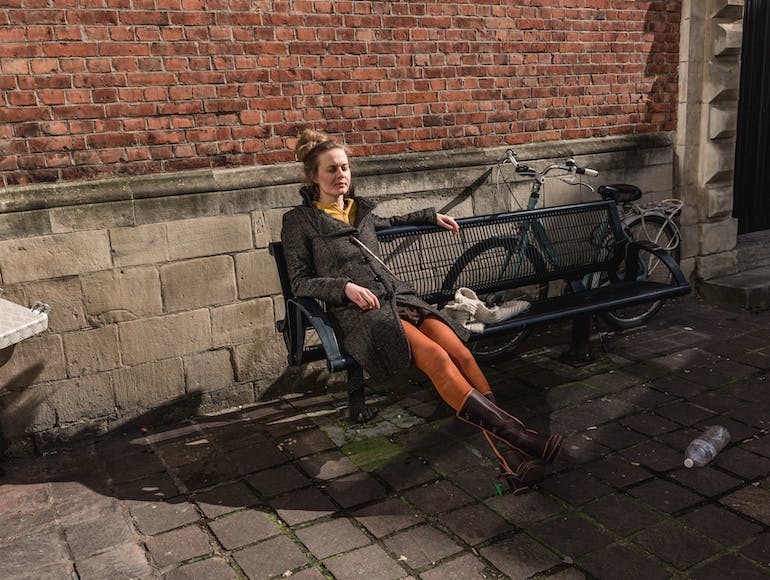 Lien Wildemeersch, born 1983 in Ypres, first studied Germanic languages and in addition obtained a certificate in philosophy and a teacher's training degree. Afterwards, she studied drama at the Ghent Conservatory (now KASK), where she graduated with great distinction. Her graduation performance Manson/Mensen was selected for the ITS Festival in Amsterdam and for her interpretation she received the Kemn-A-ward for promising acting talent.

Wildemeersch is also a talented musician; she plays piano, cello, harp and accordion. Recently she performed at NTGent in Yellow (2021), the second part of the trilogy The Sorrows of Belgium by resident director Luk Perceval.

In season 22-23 Wildemeersch is a guest at NTGent with her first own creation Jackie, based on the character of the virtuoso British cellist Jacqueline du Pré.