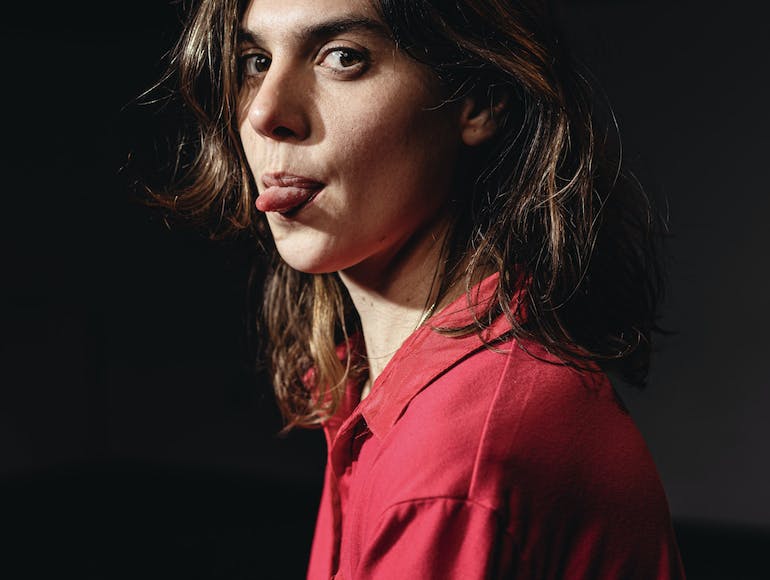 Louise Bergez studied drama at the Kask Gent. She played in several theatre productions, including with Hannah De Meyer (Uberdramatik), Jesse Vandamme (Uberdramatik, Giants, Solipsists), Michiel Vandevelde/fABULEUS, Camping Sunset (Zomergasten, Ten Oorlog), Lisaboa Houbrechts/Toneelhuis, Het uur van de waarheid/Luk Perceval and NTGent. For her portrayal in Bruegel of Lisaboa Houbrechts, she was nominated for the Actors Guild Theatre Awards (2020) in the category 'most valued performance woman'. Besides the stage, she is also active in film and TV. She could be seen in the film Yummy, the youth series WTFock, TikTak, De Kraak (Frank Van Mechelen and Joost Wynanyts). In the spring of 2022, she starred in the TV series Twee Zomers by Tom Lenaerts and Paul Baeten at Éen.