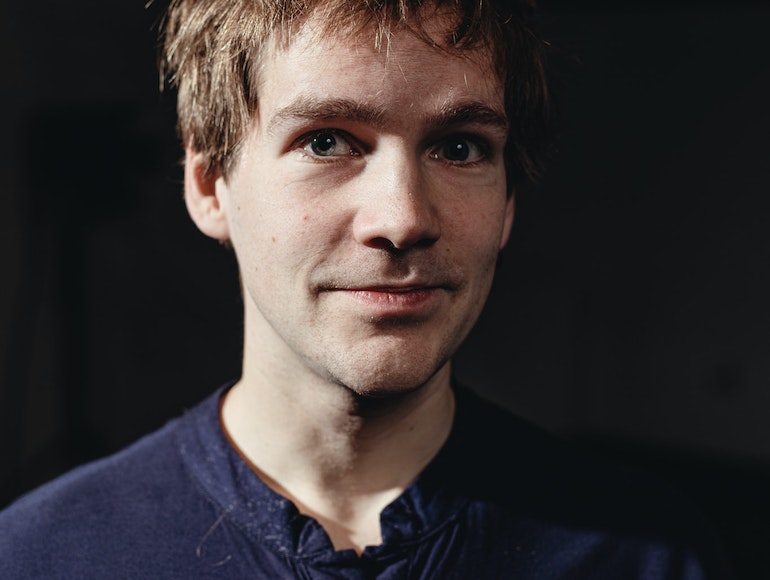 Lucas van der Vegt (born 1992) is a Dutch theatre maker, actor and musician. He graduated from KASK Drama in Ghent in 2021. Before that, he graduated as a classical pianist at the Conservatory of Amsterdam.

He has appeared in performances of Theater Artemis, Theater Antigone/Action Zoo Humain (Métisse, directed by Tom Dupont (2020)) and BOG. In the season 2021-2022, he created the performance Solipists  with director Jesse Vandamme and fellow actors Joeri Happel and Louise Bergez at NTGent. He has worked with Jesse Vandamme many times before, since 2021 in the context of Werktoneel with the performances 7 solos  and GIANTS, which played at Theater Aan Zee in the summer of 2021.

"I think playing is something magical that is incredibly difficult, until it suddenly happens by itself. Then you don't have to do anything, you don’t have to struggle or think about strategies, you just have to flow, or to let yourself flow. This is what makes playing so frustrating and wonderful at the same time. As a human being, I am either joking or worrying. As a musician you might be able to do something with those worries - playing the piano in a very careful way - but as a player, you have to be more carefree."

During the 22-23 season he will also create and perform a new performance with Werktoneel at NTGent. Lucas is currently working with Joeri Happel on the concept of 'short performance', the theatrical equivalent of the short film or short story, in which they recently took the first steps in a residency at Makershuis Tilburg/De Nieuwe Vorst.