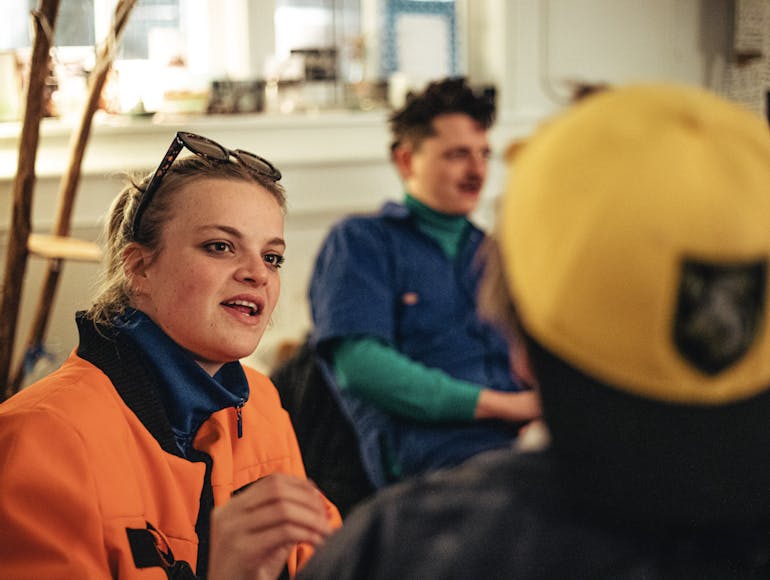 Lucie Plasschaert (b. 1998, BE) studied Drama at the School of Arts / KASK Ghent, from where she graduated in 2021. She has performed with Studio Orka in productions including Lava and Warmoes and with Compagnie Cecilia in Een lola. She is a member of Camping Sunset and performed in the productions Zomergasten and Ten Oorlog. In 2022 she was part of the cast of Madrigals, a creation by Benjamin Abel Meirhaeghe as well as of the family performance Nachtdieren from Atelier-GLIP and in a piece of Olympique Dramatique. In 2023 she will be performing in a new piece of werktoneel produced by NTGent.