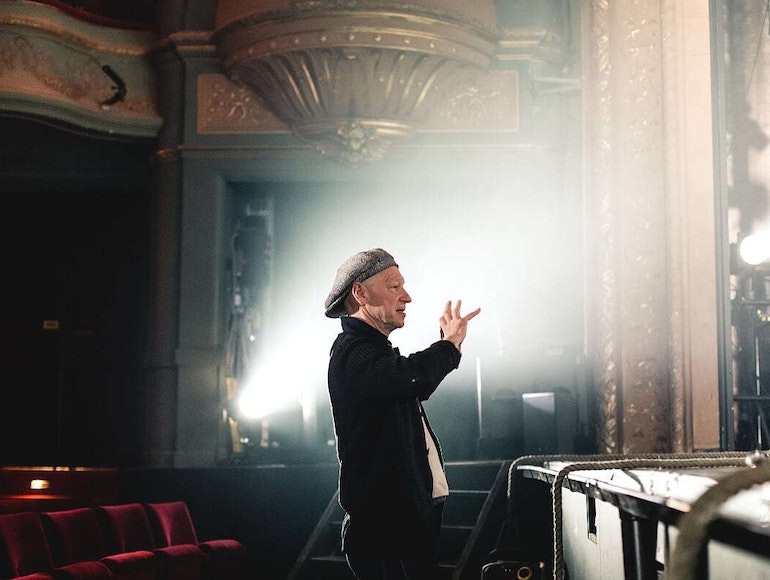 Luk Perceval (born 1957) is in-house director and artist in residence at NTGent. He graduated as an actor at the Antwerp Conservatory in 1979 and played several leading roles at KNS, the Royal Dutch Theatre in Antwerp. Shortly afterwards, in 1984, he founded the legendary Blauwe Maandag Compagnie, with whom he made Ten Oorlog, Tom Lanoye's radical adaptation of Shakespeare's drama, in 1997. He gained international fame with this piece. Schlachten!, the German version of Ten Oorlog, premiered in Hamburg in 1999 and was proclaimed 'Inszenierung des Jahres' (production of the year) by Theater Heute.

In 1998, he founded Het Toneelhuis and created internationally renowned productions such as AARS!, Death of a Salesman, Andromak and Uncle Vanja.

In 2005, he left for Germany and became resident director of the Schaubühne in Berlin and Leitender Director of the Thalia Theatre in Hamburg.

He has won innumerable awards and prizes. In 2013 he received the Faust Prize in Germany for best director and in 2014 he won 'The Golden Mask' at the Bolshoi Theatre in Moscow for his contribution to the development of contemporary theatre on an international scale. In 2020 he won the 'Heddaprisen' (Hedda award) in Oslo for his direction of Jon Fosses' Trilogien and in 2021 he received the Konrad Swinarski Award as best director for 3STRS.

Besides theatre, Perceval also directs opera and documentaries. At NTGent he made Platonov, FRONT, Oogst van de wrok and Sneeuw. Since 2019 Perceval has been affiliated to NTGent as house director.

In April 2022 NTGent will premiere RED – The Sorrows of Belgium III: Holy War, the final part of the trilogy in which Luk Perceval illuminates three dark passages in the history of Belgium. RED focuses on the attacks in Brussels on March 22, 2016.

“Theatre has to be relatable. You have to translate to the audience you're playing for” ​