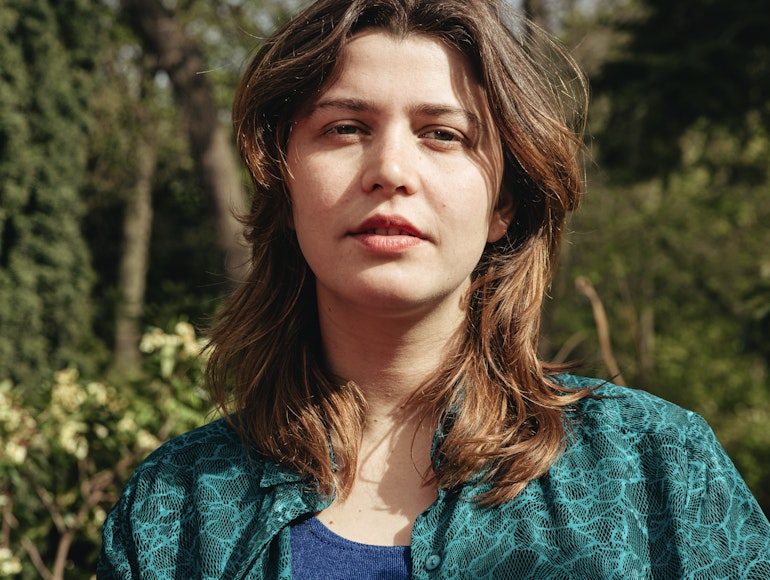 Martha Balthazar (born 1997) is a theatre maker and writer. She graduated from KASK Drama in Ghent in 2021 with the performance Boerenpsalm, a modern farmer's drama based on a study of the agricultural sector. She also worked as a choreographer on the performance Birds, a co-production with Seppe Baeyens and Yassin Mrabtifi, in which a large group of performers reflected the diversity of the city. From the five-star review in De Morgen:

"Great what they did! While politicians and sociologists are racking their brains about the question how to increase social cohesion in our cities, Seppe Baeyens and his team get this job done in less than an hour. Without becoming sentimental for even a second, they create an inclusive street party that is both healing and high level artistic.”

Martha is part of the dance community vzw Leon, which creates participatory performances in Brussels, focusing on the power of encounter and connection.

She also worked as a theatre maker with the young people of Victoria Deluxe and created the performance Our People there. Martha won the Emile Zola Prize 2020 from the magazine Sampol and works as a columnist for Knack.