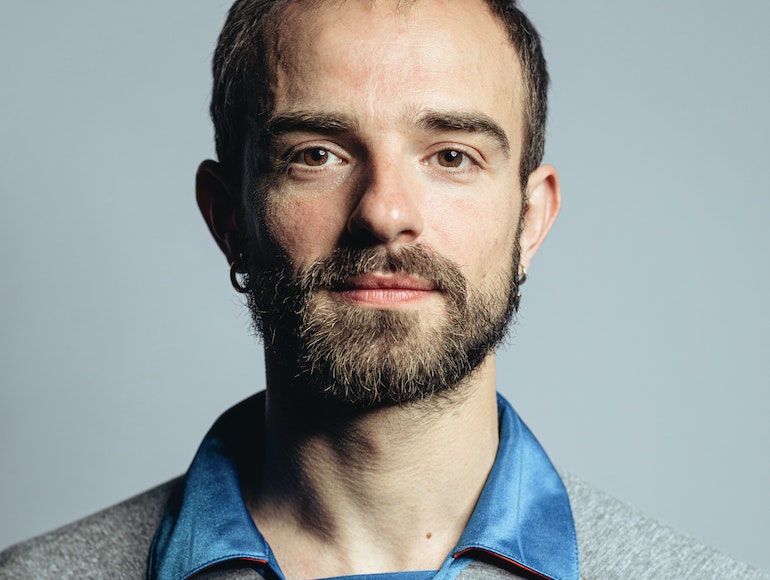 Milan Falco Schudel (31) is a freelance dancer and performer born in Arnhem, in the Netherlands. In Tilburg, he followed an executive dance course in Modern/Dance Theatre at Fontys Hogeschool Voor de Kunsten. In his final year at Fontys, he did an internship with the dance company Club Guy & Roni Poetic Disasters Club in Groningen.

Together with his fellow trainees at the Poetic Disasters Club, he came up with the idea of setting up his own company. After an extra year under the wings of Guy & Roni, they founded the dance and performance company Teddy's Last Ride in 2017. For two years Schudel was part of this young company. Since 2019, Schudel is no longer a core member and focuses on other projects with various makers and companies, including Aakash Odedra Company, Miet Warlop and Shifft.

Besides his performing activities in Schudel is active in the educational sector and provided the choreography for several performances in Groningen and elsewhere in the Netherlands.

Since july 2022 Schudel is performing in ONE SONG - Histoire(s) du Théâtre IV, a piece by Miet Warlop & NTGent that will premiere at Festival d'Avignon.