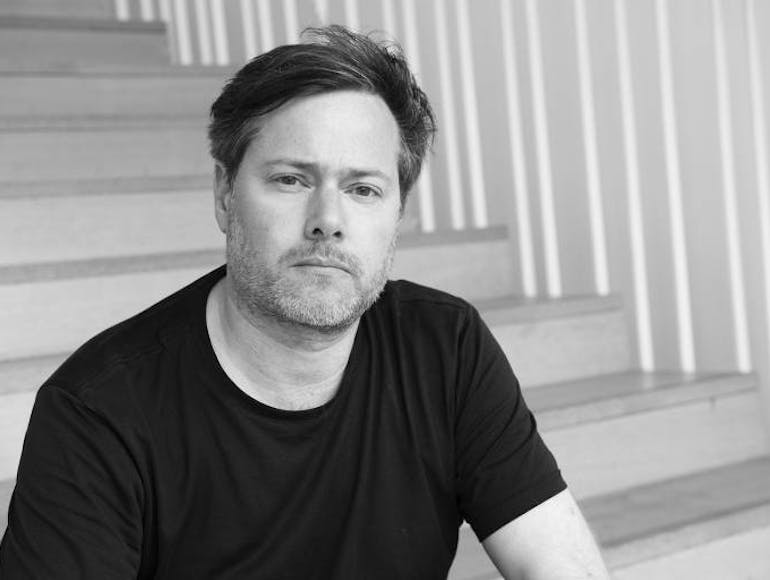 @iipm_milorau
Milo Rau, born 1977 in Bern (CH), is director, writer, filmmaker and since the 2018/19 season artistic director of NTGent.

Rau studied sociology, German and Romance languages and literature in Paris, Berlin and Zurich with Pierre Bourdieu and Tzvetan Todorov, among others. Critics call him the "most influential" (Die Zeit), "most awarded­" (Le Soir), "most interesting" (De Standaard), "most controversial" (La Repubblica), "most scandalous" (New York Times) or "most ambitious" (The Guardian) artist of our time. Since 2002 he has published over 50 plays, films, books and actions.

Rau's theatre productions have been shown at all major international festivals, including the Berlin Theatertreffen, the Festival d'Avignon, the Venice Biennale, the Vienna Festival Weeks and the Brussels Kunstenfestivaldesarts, and have been touring in over 30 countries worldwide.

Rau has received many awards, including the 3sat Prize 2017, the Saarbrücken Poetics Lectureship for Drama 2017 and, as the youngest artist after Frank Castorf and Pina Bausch, the renowned ITI Prize of the World Theatre Day in 2016. In 2017, Milo Rau was voted "Acting Director of the Year" in a survey conducted by Deutsche Bühne, in 2018 he received the European Theatre Prize for his life's work and in 2019 he was the first artist ever to be "Associated Artist" of the "European Association of Theatre and­ Performance - EASTAP". In 2019 he received an honorary doctorate from Lund University (Malmö), in 2020 he was awarded an honorary doctorate from Ghent University. In 2020 he received the renowned Münster Poetry Lectureship for his complete artistic oeuvre, his plays were voted "Best of the Year" in critics' surveys in over 10 countries. The film version of "Orestes in Mossul" - followed by a speech by Milo Rau - will open the Dutch Theatre Festival in September 2020, at the same time the book "Why Theatre?" will be published, in which Rau asks 100 leading intellectuals and artists from all over the world to answer this question.

Rau's films (including Die letzten Tage der Ceausescus, Hate Radio, Die Moskauer Prozesse, Das Kongo Tribunal, The New Gospel) have been­ awarded many prizes­ (including a Special Award at the Festival des Deutschen Films, the Zürcher Filmpreis or the Amnesty International Prize), his last film Das Kongo Tribunal was nominated for the German and Swiss Film Awards, among others: "Milo Rau ennobles the cinema", said the jury of the Zürcher Filmpreis, for example. His latest film, The New Gospel, was awarded Documentary of the Year in Switzerland.

In addition to his work as a director, Rau is also a television critic, lecturer and an extremely prolific writer with 15 publications to date, which have been translated into English, French, Italian, Dutch, Chinese and Norwegian, among others. Rau's literary work has been awarded some of the most prestigious German literary prizes, including the "Oscar of radio drama", the "Radio Drama Prize of the War Blind" (2014) and the two most prestigious German literary prizes for committed literature: the "Peter Weiss Prize" (2017) and the "Gerty Spies Literature Prize" (2020). "Milo Rau is the gold standard of post-drama," wrote the newspaper "Der Tagesanzeiger" as early as 2014. Rau's work is an integral part of the training of theatre and literature scholars at many universities.

In the season 2021-2022, Milo Rau premiered at NTGent with the play Grief & Beauty,  "a universal story about life and death, and how one naturally arises from the other" (Volkskrant *****).

"The most awarded, ambitious and controversial artist of our time"