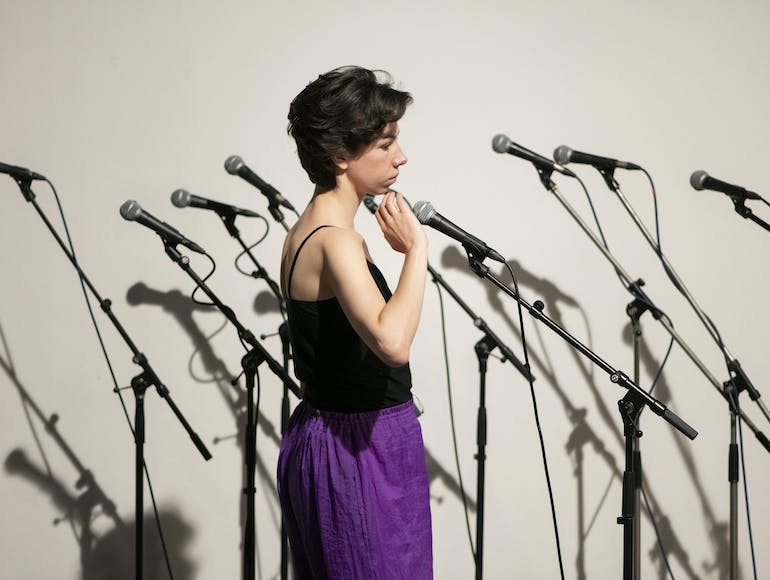 Olga Kunicka is a polish musician and actress. She graduated Violin at the Academy of Music in Wrocław. Simultaneously she studied voice and drama at the Capitol Theatre where she developed a fascination for acting. Since 2015 she's been working with Song of The Goat Theatre, directed by G.Bral. She performs in Cherry Orchard, Crazy God, Island, Hamlet, King Lear and Return to the Voice. Working with Song of The Goat gave her the opportunity to work on many international stages. She also worked in Poland for the Capitol Theatre performing Jerry Springer Opera, directed by J. Klata, the Baltic Drama Theatre creating Oedip Loves You, directed by C. Iber and in London for the Wretched Theater creating On Missing, directed by Nick Perkings, A. Hypki and M.Kareem. During her performing career she's been developing and improving her acting skills using the Meisner technique at the Actor's Temple in London. As a musician she's been working with numerous artists and orchestras playing classical, folk and contemporary music. Recently she records for film and theatre. Since last year she lives in Ghent.