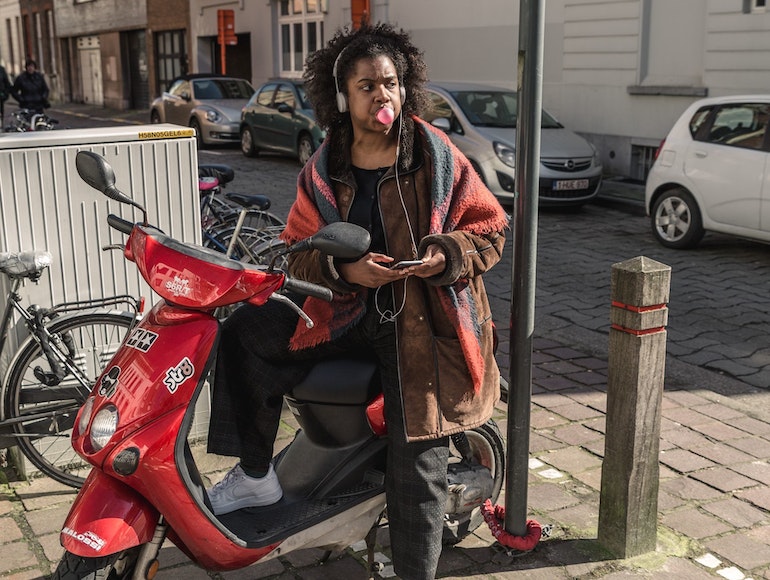 Olga Mouak was born in Orléans in 1990. She entered college in Bordeaux with a focus on dramaturgy and drama theory, where it soon became clear that she wanted to turn theory into practice and try her wings on the stage. By way of RESAD in Madrid, she entered the renowned School of Performing Arts in Montpellier, graduating in 2016. Since then she has developed her skills and passion for the performing arts, with acting and singing on stages in Montpellier, Marseille and Paris. Her best know work include "Re Paradise, the 50th anniversary reenactment of Paradise Now", originally performed by The Living Theatre in Paris 1968. In this performance Olga took to the stage under the supervision of director Gwenael Morin at Théatre des Amandiers in Nanterre 2018.

In Gent she will be performing in the play "Compassie", directed by Milo Rau.