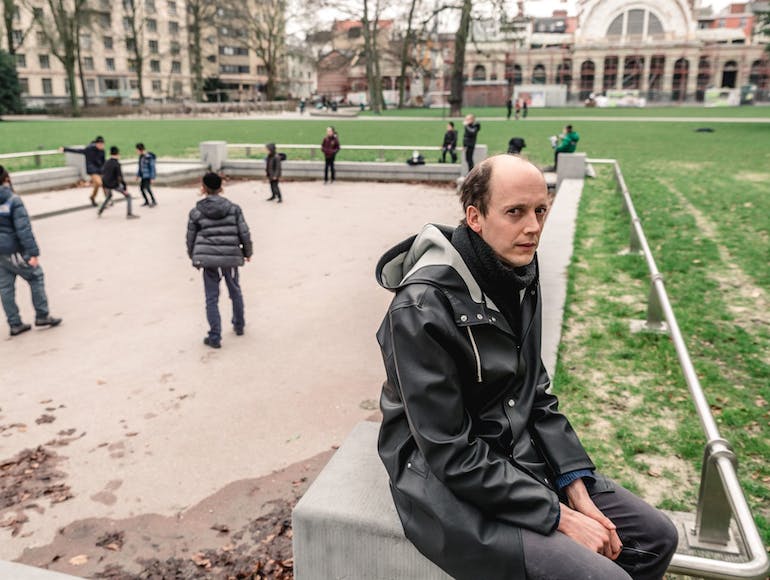 Immediately after graduating he started working at NTGent. He also performed with De Tijd (Het Licht) and Walpurgis (Trinity Trip). He made his film debut in Win/win (2010) by Jaap van Heusden as the main character Ivan, a young stockbroker. For that role he received the ‘Certificate of Outstanding Achievement’ for best actor at the annual New York Film Festival.

Since his graduation in 2006, Van Rompay has been a member of the ensemble of NTGent. He has played, among others, Platform, Opening Night, Tien geboden [Ten Commandments], Vergeten Straat [Forgotten Street], Woyzeck, God van de slachting [God of Slaughter], Kroniek oder wie man einen Toten im Appartment nebenan für 28 Monate vergisst [Chronicle or How to lie dead in your apartment for 28 months], FRONT, Polyphonie and JR

In the 2021-2022 season, Van Rompay will also be part of the cast of the third part of Perceval's trilogy, Red - The Sorrows of Belgium III: Holy War, which will premiere in April 2022.