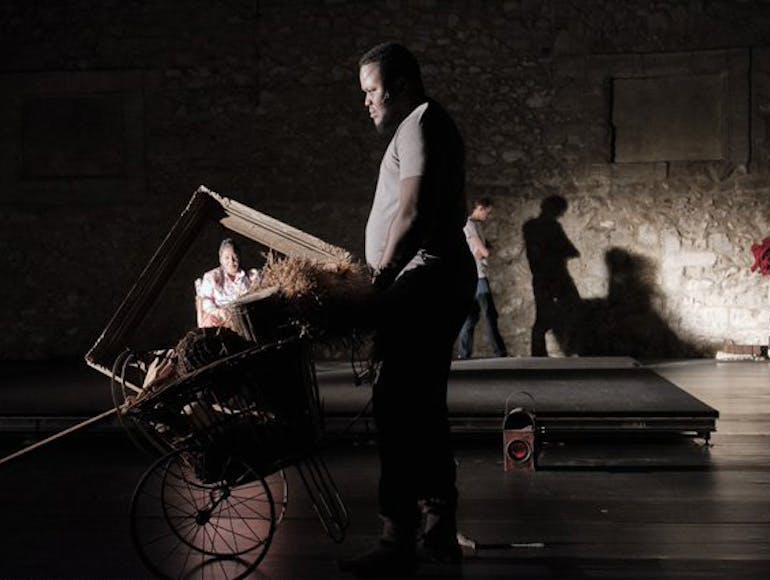 Papy Maurice Mbwiti graduated in international relations and started as an actor in Kinshasa.

Besides being a writer, playwright and director, he is also artistic director of Mbila Kréation Théâtre, manager of the cultural space Les Béjarts and works with the company Utafika théâtre.

In 2010 he played in A l'attente du livre d'or, directed by Johan de Hollander and created with Marie-Louise Bibish Mumbu. He is also an interpreter for Monika Gintersdorfer. In 2011 he worked on the adaptation and staging of Marie-Louise Bibish Mumbu's novel Samantha in Kinshasa and participates in a residency at the Maison des Authors in Limoges.

Papy Maurice Mbwiti has been living in Montreal for 4 years and is now an artist in residence at the Centre du Théâtre d'Aujourd'hui.