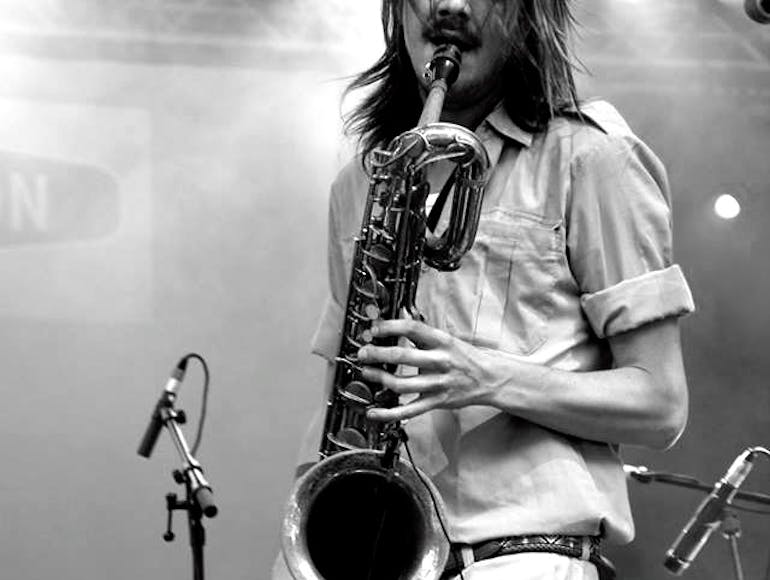 Pieter De Meester (b. 1988) played saxophone with his folkmusic band AEDO at the Dranouter festival, age 14. Age 16, he followed Kunsthumaniora in Ghent and plays with AEDO in Germany, the Netherlands, France and Portugal. He studies saxophone jazz in Antwerp for two years. After that he takes part in the theatre tour "Living Roots", with Mich Walschaerts (Kommil Foo), Ruben Block and Mario Goossens (Triggerfinger) among others. Moreover, he also plays with Thé Lau in ‘Sportpaleis’.

After that he becomes a music nomad and travels around the world, looking for new influences. Together with his brother, Jonas De Meester, and Tomas De Smet (Zita Swoon, Think of One) he founded the group "KING DALTON". They released the well-received "King Dalton" (2013), "Thilda" (2015) and "The Third" (2018) under the Waste My Records label, played at Pukkelpop and toured Europe. Meanwhile, as a multi-instrumentalist, he joins the band "STAVROZ", which now tours the world. He founded his own project called "TIGERHORSE".