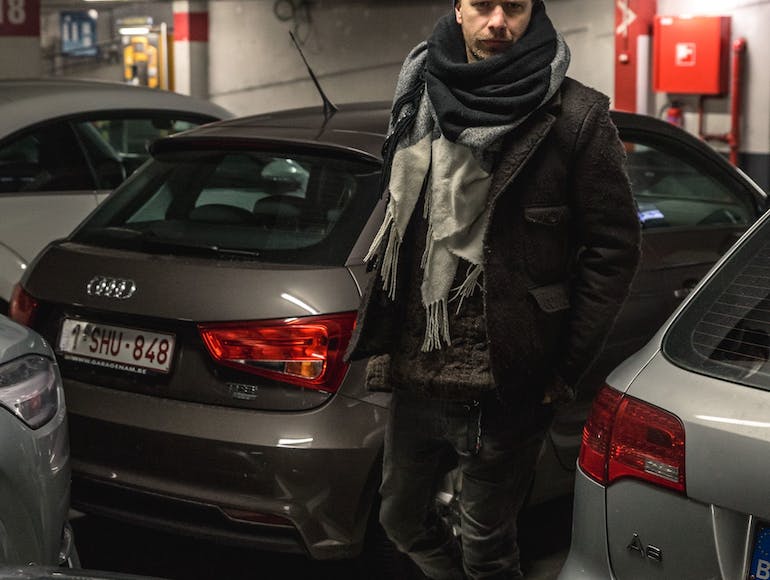 Risto Kübar, born 1983, studied at the Estonian Academy for Music and Theatre and made his debut with the theatre company Thater NO99. In the 2014-2015 season, he was a member of the ensemble at the Münchner Kammerspiele as an actor. In the 2015-2016 season, Risto Kübar joined the NTGent ensemble as a permanent member. He was in “Dit Zijn de Namen” ("These are the names"), based on the book by Tommie Wieringa and in "Learning How to Walk" by Benny Claessens.

In the 2016-2017 season he was in "De Vreemden" (The Strangers) (based on Kamel Daoud’s The Meursault Investigations, a commentary on The Stranger by Camus), a coproduction by NTGent with the Ruhrtriennale, directed by Johan Simons. In 2017-2018 he performed with Lien Wildemeersch "To Name Herstory" (Florian Fisher).

From the 2018 season onwards, Risto Kübar will work for Schauspielhaus Bochum and perform at NTGent in "Orestes in Mosul", directed by Milo Rau.