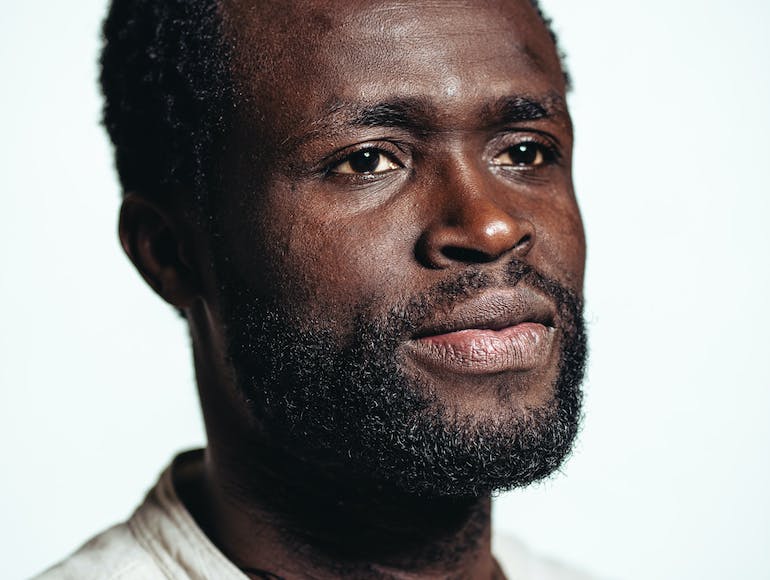 Roberto Jean was born in Haiti and grew up in Guyana, where he studied theatre with the Entonnoir company. He continued his education at the CPGE littéraire, and then at the Conservatoire Jean Wiener in Bobigny. He also studied dance with Maggie Boogart at the CDM in Paris. He was attached to the National Theatre of Strasbourg (ESAD), and worked as a model at HEAR in Strasbourg.

Roberto Jean is mainly an actor, and has worked in theatre with directors with very different aesthetics, including Stanislas Nordey, Alain Françon, Julien Gosselin, Robert Wilson, Luk Perceval and Thomas Bellorini. He also acts in films, writes and is about to direct his first long documentary film Une mère haïtienne.

Since the 2021-2022 season, Roberto Jean is part of the cast of
Red - The Sorrows of Belgium III: Holy War, the final part of the trilogy created by director Luk Perceval at NTGent.