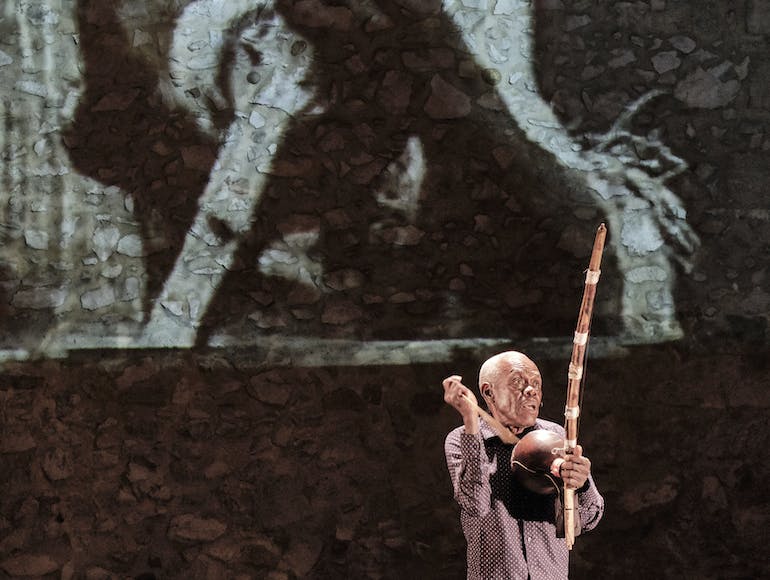 With the Ballet he also tours in Congo, on the rest of the African continent (Nigeria, Morocco, Burundi, Egypt, Senegal, Rwanda, Kenya, Libya)....) but also in the United States, Russia, Japan, Israel and Europe (France, Portugal, Austria...).

In December 2018, he joined Kabako Studios for the creation of Histoire(s) du Théâtre II. A show that will start taking place in NTGent in March 2020.