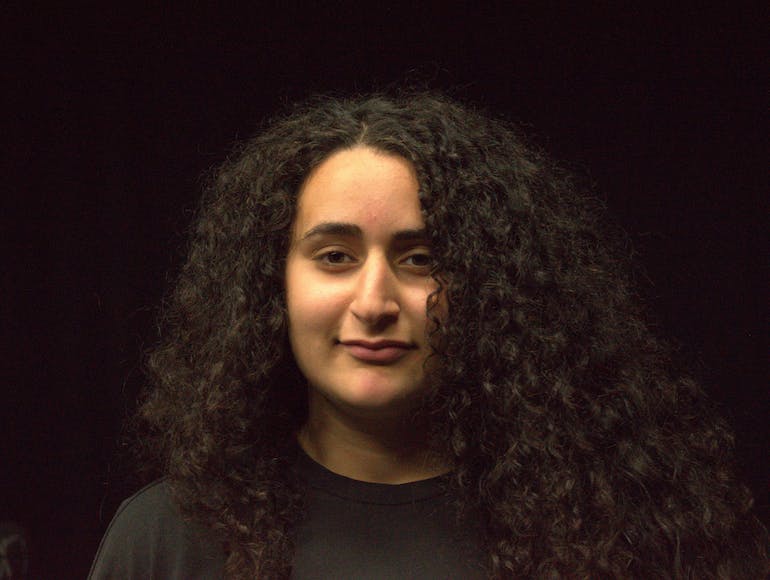 Siham Lamrini is part of the cast of 'Dissident' (season 2021-2022), Lara Staal's new production in which young people known at school as troublemakers take the stage and educate audiences.

As far as she can remember, Siham has never liked going to school. What it is that makes her reluctant to go, she finds hard to explain. However, there are several things about the current school system that bother her: a predominantly white teaching staff, demotivated teachers, a lack of support, and so on.

Throughout her school career, Siham has had several disagreements with her teachers and has been involved in frequent fights with fellow students. The feeling of visibility and recognition that these incidents bring about makes her reluctant to raise her voice.

In the future, she would like to become a social worker to help people who suffer from problems of aggression or experience difficulties expressing themselves in our society.