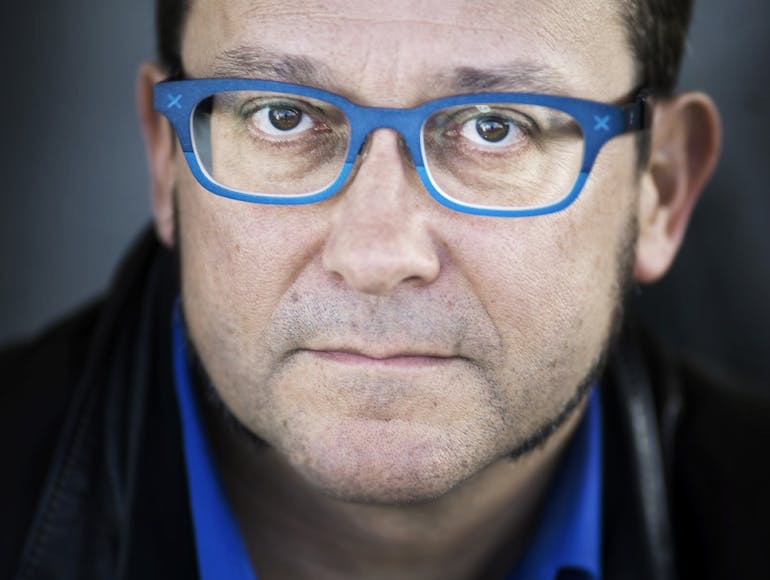 Tom Lanoye (1958) lives and works in Antwerp (Belgium) and Cape Town (South Africa). He is a novelist, poet, columnist, screenwriter and playwright. He is one of the most read and acclaimed authors of his linguistic region (the Netherlands and Flanders), and a household name at all major European theatre festivals.

Lanoye's theatre work consists of more than two dozen plays. Most of them are typical ensemble pieces, for more than six, in some cases more than fifteen actors. They may be original pieces, such as the absurd De Jossen, in which all the characters are called 'Jos', or adaptations such as De Russen: a six-hour Chekhov adaptation that Lanoye wrote at the request of Ivo van Hove (Toneelgroep Amsterdam) and in which he writes two early works by Chekhov (Ivanov and Platonov) together, including many new scenes.

In 1994 Lanoye was awarded the Province of Antwerp's Toneelprijs for Blankenberge. For Atropa. De wraak van de vrede (The Revenge of Peace) was awarded the five-yearly prize for stage texts by the Royal Academy of Dutch Language and Literature. His theatre play Ten Oorlog has been awarded several prizes, including 'the most interesting play in Dutch theatre literature'. In April 2019, the radical Shakespeare adaptation Queen Lear in Cape Town was awarded no less than eight Kanna's, the South African 'Oscars for theatre'. The performance silvered all the categories for which it was nominated.