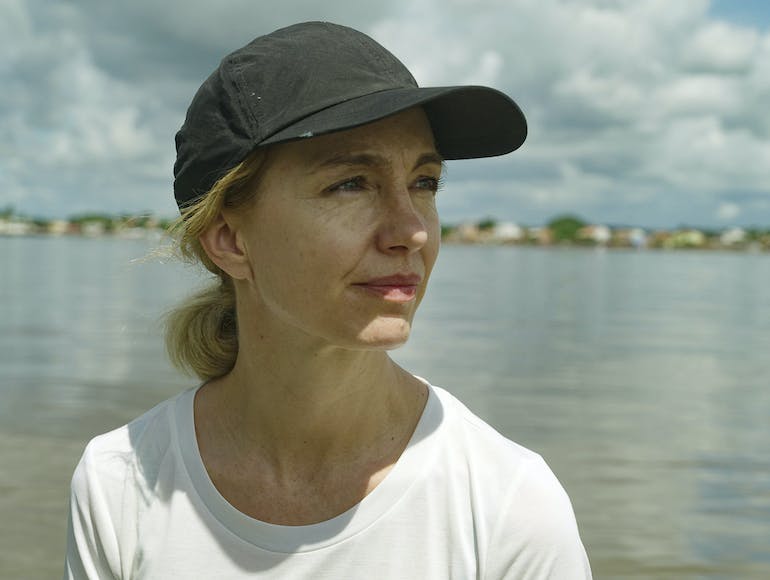 Ursina Lardi (°1970, Samaden) is a Swiss theatre, film and television actress. She studied acting at the Ernst Busch theatre school in Berlin.

She has worked in Germany's top theatres, among them the Schauspiel Frankfurt, the Deutsches Schauspielhaus Hamburg, the Berliner Ensemble and Staatstheater Stuttgart.

Since 2012 Lardi has been a regular ensemble member at the Schaubühne Berlin. One Schaubühne production where she played the mainrole was Compassion: The History of the Machine Gun by our own Milo Rau - a performance about the limits of our compassion and European humanism.

In 2017, she received the Hans Reinhart Ring, the highest award in Swiss theatre.

For her role in Traumland, Lardi was voted Best Actress in the Swiss Film Awards in 2014. She also performed in Michael Hanekes The White Ribbon, which was awarded a Golden Globe and a Golden Palm.

In the 2020-2021 season, Milo Rau and Ursina Lardi join forces again for Everywoman, in which Lardi plays a woman who is confronted with her own mortality and realises that she has to change her life.