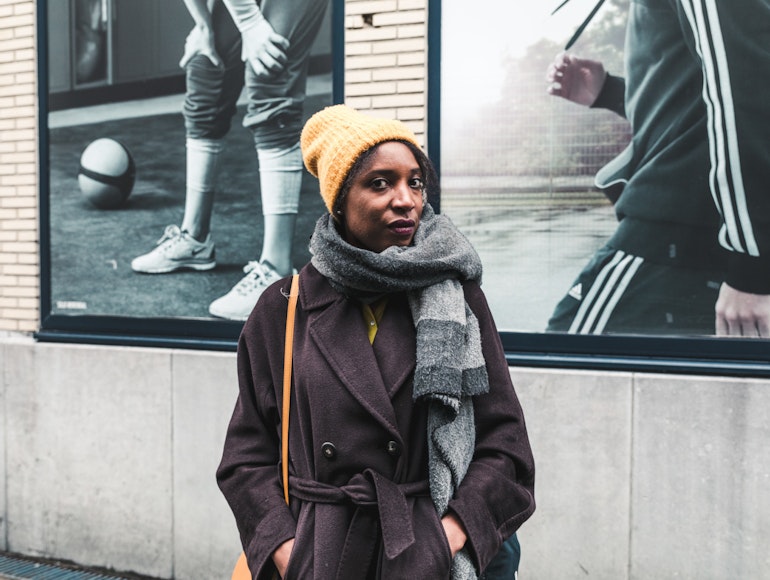 Yolanda Mpelé is a French actress born in 1983 near Lyon, France. She learned acting by performing in fringe plays in London, UK where she was also part of the Roundhouse Theatre company.

In France, she played twice with Christian Schiaretti at the Théâtre National Populaire in Villeurbanne:" A season in the Congo" (2016) and "The tragedy of the King Christopher" (2017). She also performed with La Compagnie Persona, Le collectif de l'âtre, l'Opéra de Lyon and in English with the Line Theatre.

In 2019, she performs in "Black" directed by Luk Perceval which is part of the trilogy "The Sorrows of Belgium".