For the 23-24 season, Lebanese artist Rabih Mroué has been invited by artistic director Milo Rau to create the fifth volume in NTGent's acclaimed series 'Histoire(s) du Théâtre'. For his play 'The Proposal', Mroué returns to the beginning of his career: when, in 1988, he played the first role of his life in Anton Chekhov’s 'The marriage proposal' at the Soviet Cultural Centre in Beirut. 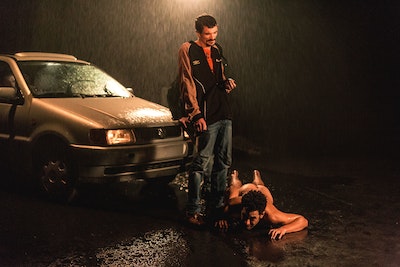