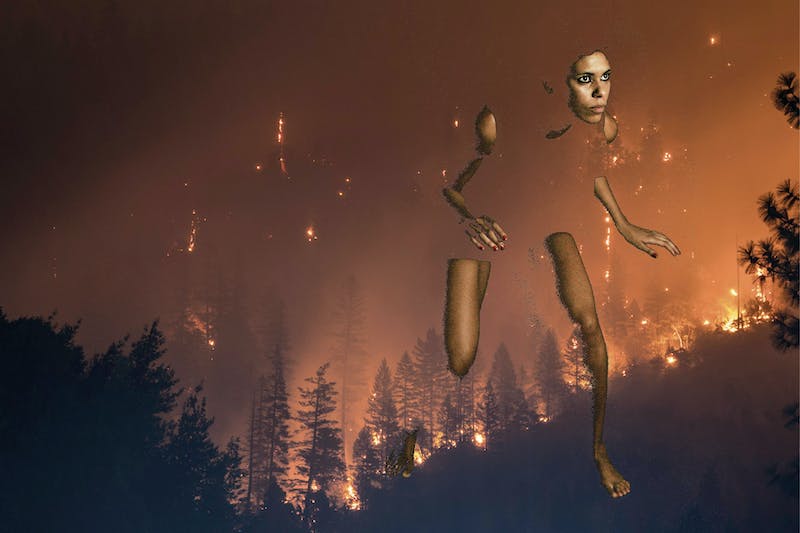 | 21 June 2022
'Ferox Tempus', the new performance by Luanda Casella and NTGent, can be seen at Theater Aan Zee in Ostend this summer.

Theater Aan Zee, Flanders' biggest performing arts festival, celebrates its 25th birthday this year and has composed once again a unique programme. NTGent is also represented at TAZ by our resident producer Luanda Casella. On Friday 29 and Saturday 30 July, she will perform her latest show 'Ferox Tempus - Terror at its best' in Ostend.

In the world of 'Ferox Tempus' cities have sunk, billions of people have perished, and the survivors of the neoliberal culture cling to the ruins of civilisation. The character, Lua, played by Casella, is on a journey through this world. Along the way, she encounters extreme weather conditions, treks through mountains of mud and engages in sabotage inside a billionaire bunker.

This week, 'Ferox Tempus' also visits Brussels; on Thursday 23 and Friday 24 June, the performance can be seen at Beursschouwburg.

FEROX TEMPUS - TERROR AT ITS BEST