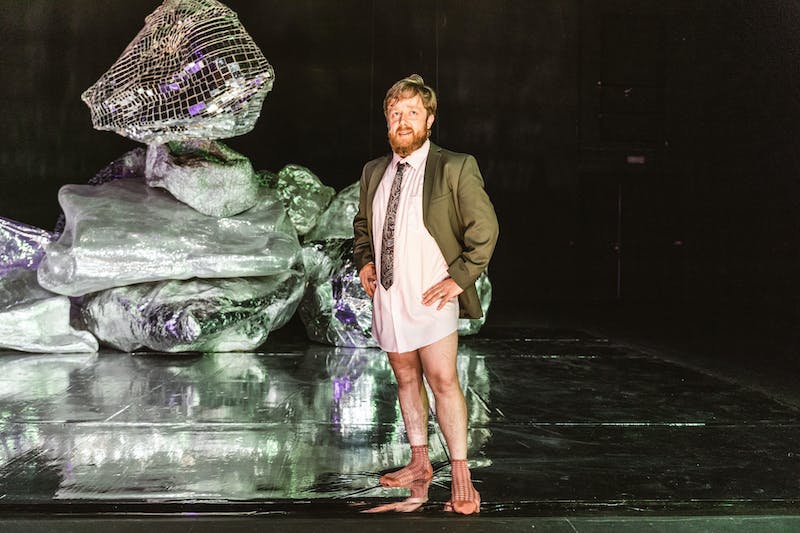 | 6 July 2021
Actor Louis van der Waal is eligible for a prestigious 'VSCD Toneelprijs' for his role in the NTGent-production 'Rijgen'. The jury praises, among other things, his "open, flirtatious and casual acting".

The jury is full of praise for Van der Waal's role in the NTGent-production 'Rijgen':

"In the attractive unpretentiousness which he sought in his various roles in Rijgen, Louis van der Waal showed himself to be an extremely vulnerable actor. With one glance towards the audience, he can make them laugh, and at the same time make the suspicion of great sorrow palpable. In his way of playing, he brings about an exciting alienation that is extremely fascinating to watch, disrupts his fellow players in a pleasant way and causes the scene to shift in meaning unexpectedly. Across the board, his open, flirtatious and casual play constantly involves the audience in the performance."

The awards ceremony for the 2020 and 2021 seasons will take place on Saturday 11 September 2021 in Internationaal Theater Amsterdam (ITA).