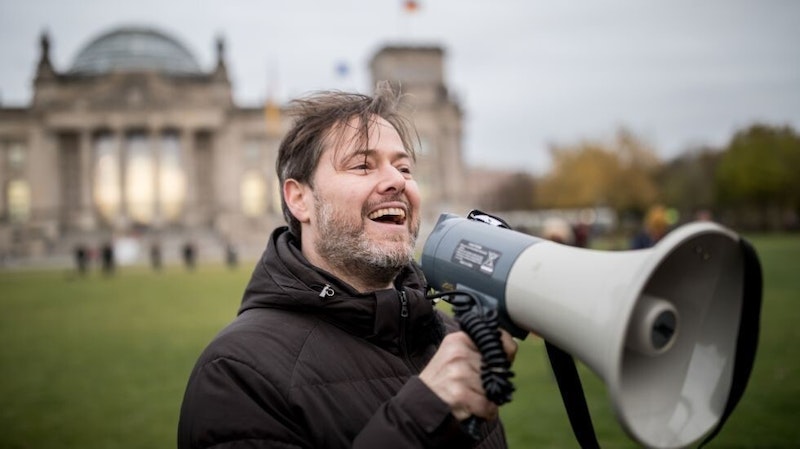 | 1 November 2022
Milo Rau, artistic director of NTGent, receives one of the most important academic awards in his native Switzerland. From 3 November, Rau will host the renowned 'Zürcher Poetikvorlesungen'.
FOLLOW THE LIVESTREAM

Since 2018, director and author Milo Rau has been artistic director of NTGent. In Ghent, he received an honorary doctorate from the local university in 2021, but the impact of Rau's work is also strong in his native Switzerland. Rau's designation as central guest of the Zürcher Poetikvorlesungen at the German faculty of the University of Zurich places him in a line with illustrious predecessors such as Nobel laureate Herta Müller or Saša Stanišić, winner of the German Book Prize.

The Zürcher Poetikvorlesungen have been going on since 1996. During three readings, renowned authors get the chance to reflect on their own work. Milo Rau's lectures, from 3 November, are entitled "Warum Kunst?" (Why Art?) and delve deeper into the aesthetic and socio-philosophical foundations of his artistic practice.

Raus's work is part of the tradition of engaged art. But not in the sense of reporting. It is not about "the reproduction of gruesome and depressing reality", nor the "petty-bourgeois addiction to scandals" in political debate. Instead of reporting, Rau chooses to criticise the supposedly unchanging. He lashes out at the "rigidity of violence or oppression claimed to have no alternative" (Carolin Emcke). But how exactly is this to be achieved, by what artistic methods? That is the focus of the three lectures.

Milo Rau's Zürcher Poetikvorlesungen will take place on 3, 10 and 16 November, more info can be found on this page.

"THE WINDOWS OF HEAVEN ARE WIDE OPEN, SAYS A RELIGIOUS HYMN. THEATRE CAN SET THESE WINDOWS AJAR. AND EVEN IF THEY ARE IMMEDIATELY SLAMMED SHUT AGAIN: ONE GETS A GLIMPSE"

Milo Rau
back to overview