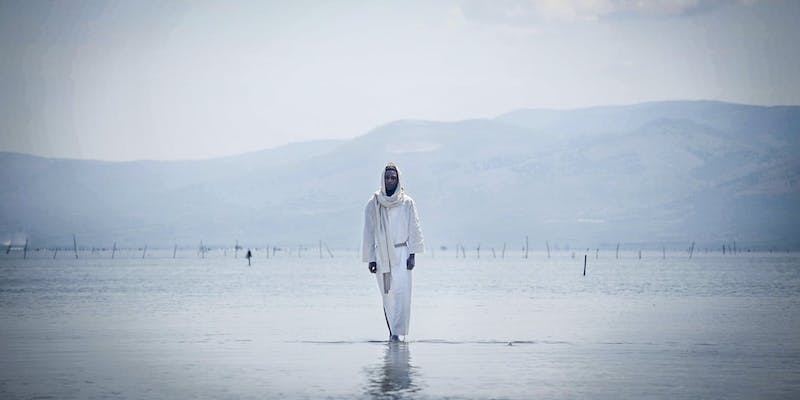 | 4 February 2022
The award-winning film 'The New Gospel' by artistic director Milo Rau can be seen again in Ghent cinema in March. The screening, with an aftertalk, will take place during the Belmundo festival.
Info & tickets

What message would Jesus proclaim if he were alive today? Who would his apostles be? In The New Gospel, voted 'Documentary of the Year' in Switzerland, Milo Rau and his team return to the origins of the gospel.

The protagonist of The New Gospel is the Cameroonian activist Yvan Sagnet, the first black Jesus in European film history. He works on a tomato farm in 2011 when he decides to revolt against the exploitation of rural workers in the south of Italy. For the film, he revisits the largest refugee camp near Matera, the city in the south of Italy where Pier Paolo Pasolini and Mel Gibson previously filmed the life of Jesus. Sagnet finds his apostles there and together with them sets up the 'Rivolta della dignita', the Revolt of Dignity.