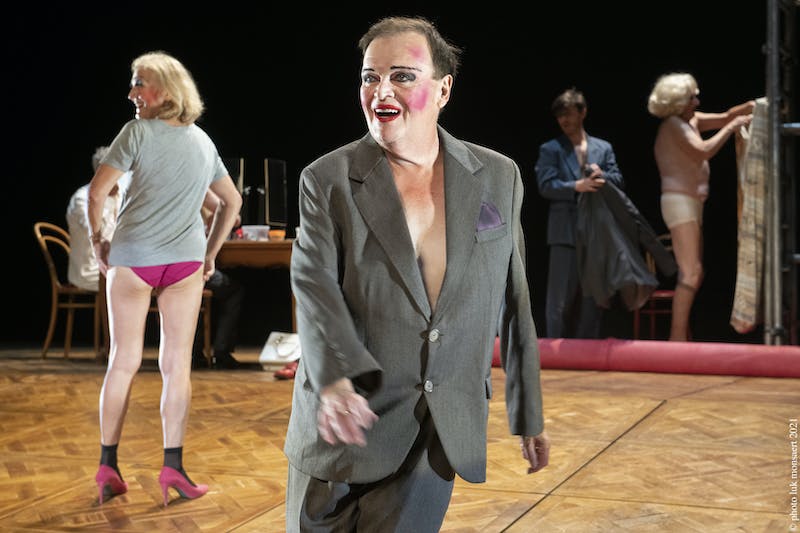 | 17 July 2021
Good news one day after the premiere of 'Gardenia - 10 years later': the show will return to our theatre in December.
MORE INFO & TICKETS

'Gardenia - 10 years later',  a co-production of les ballets C de la B and NTGent, goes deep into the turbulent lives of nine striking people. Gardenia is not a work of fiction. It's a singular account, the most intimate of tales about hope and cherised or lost illusions. Seven older individuals who seemingly effortlessly navigate the twilight zone between being male and being female. In contrast and harmony with a “young guy” and a “real woman”. Each on a quest. Each with their own intriguing story.

The performance runs until 25 July this summer in the NTGent-Schouwburg, but because of the great interest there will be a second series starting 20 December. Ticket sales for this have now started.