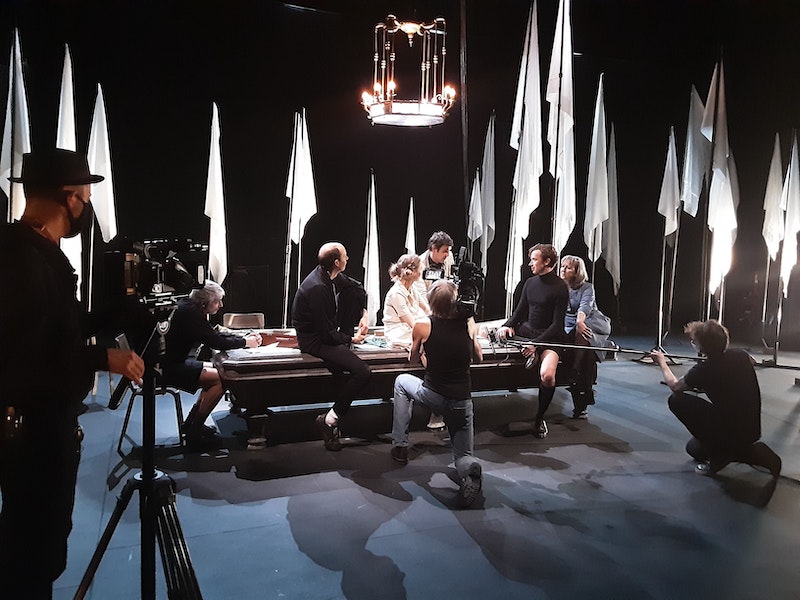 | 27 June 2021
The theatre film 'Yellow' by Luk Perceval and Daniel Demoustier has been selected for the 2021 Theaterfestival. The jury has rarely seen "such a clever and moving alliance between theatre and cinematography".

This year, the renowned Theaterfestival also pays tribute to special projects made during the lockdown, under the hashtag #specialhonours. The jury praised, among others, the theatre film 'Yellow - The Sorrows of Belgium II: Rex' by our resident director Luk Perceval and cameraman Daniel Demoustier.

This theatrical film premiered in March 2021 and was an exceptional achievement by cast and crew. Simultaneously with the rehearsals for the performance in theatre, which will premiere at NTGent in September, a gripping film version was created and shot.

"The result is a wonderful theatre film that unites the best of both disciplines", writes jury member Charlotte De Somviele. "Rarely have we seen such a clever and moving alliance between theatre and cinematography."

YELLOW - A JOURNEY INTO EUROPE'S HEART OF DARKNESS: REX