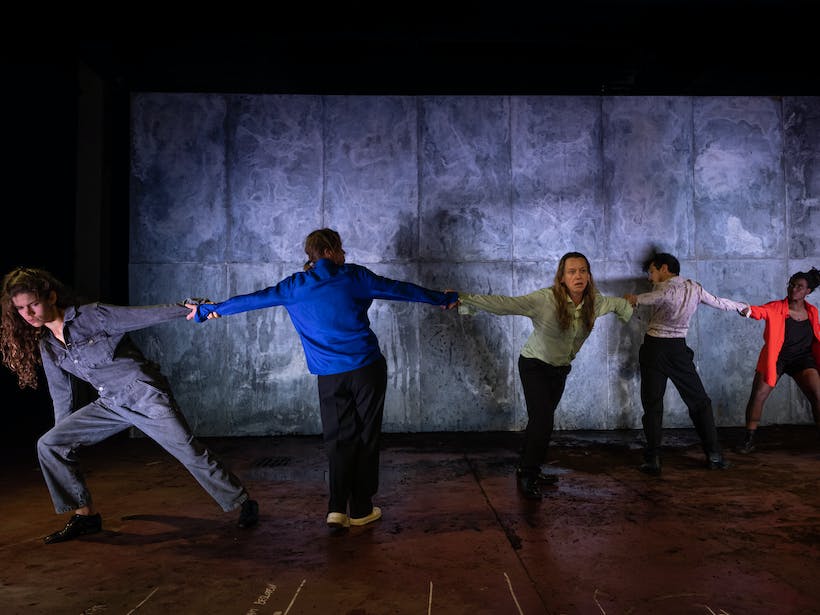 Stef Stessel
A reconstruction of an age-old story immersed in the Zeitgeist by two collectives and eight actors. What place can farewells, mourning and grief still occupy as soon as the general interest and public order are defended?

During the past lockdowns, the two collectives herman and De Roovers climbed mountains of Antigones together. The journey began on familiar territory, with the famous and many-sided play by Sophocles. Soon, however, the two collectives found themselves in an avalanche of adaptations, from Anouilh to Zizek, with Bertolt Brecht, Jane Montgomery Griffiths and Femi Osofisan in between. With these adaptations, just as many interpretations of the mountain slid down. In the play, Antigone decides - against the almighty law of Kreon to pay her last respects to the body of her dead brother Polyneikes. This act of resistance has been the subject of diverse commentaries, from political and philosophical, psychoanalytical and feminist perspectives. They, in turn, produced various Antigone characters. Antigone has been a women's rights activist, a humanist and an angry young rebel throughout the whimsical course of her history. She has been both terrorist and martyr. 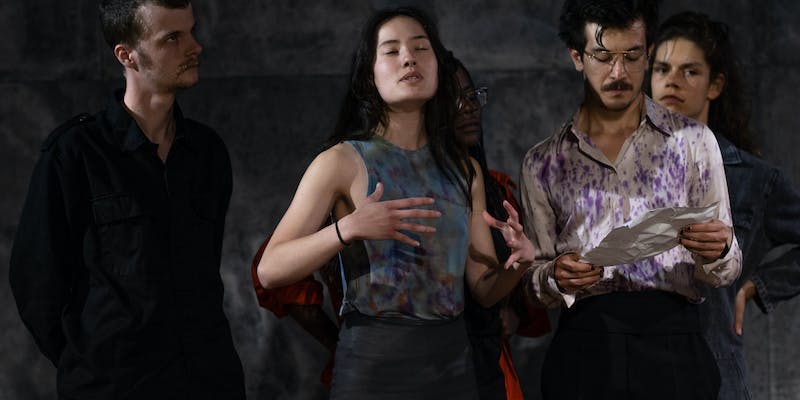 For  Anatomie Antigone, the two theatre companies constructed a kaleidoscopic performance with the tip of the iceberg of that tradition. Anne Carson's swinging adaptations, with their stripped-down story and condensed language, form the basis. These scenes are enriched with phrases from other adaptations, with personal anecdotes, poems, pieces from newspaper reports and essays. Each time, they tip the plot in a different light. Thus, the whole becomes an anatomical study of what the unburied body of Polyneikes does to the various tragedy characters. And an echo chamber, in which the thoughts of the eight actors touch on the social debates of today, and in which their words rebound as actions and questions.

What comes after the end of the conversation, when listening to each other has stopped and everyone has withdrawn into the hedgehog defence of their own truth? Who is still entitled to rights, including the right to be remembered? Who has the power to use language to bend reality to its laws, to give people a name and a voice or to deny them one? And who falls through the cracks of the law? Will the emancipatory gesture of a few eventually be carried by a group? When? And how? 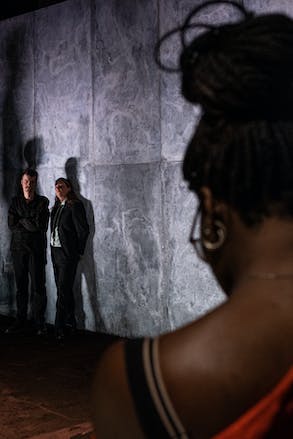 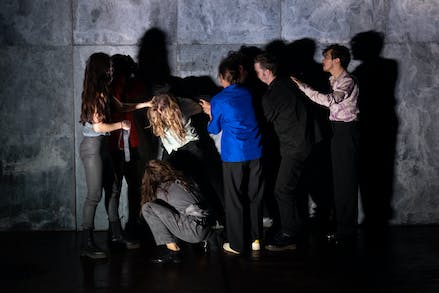 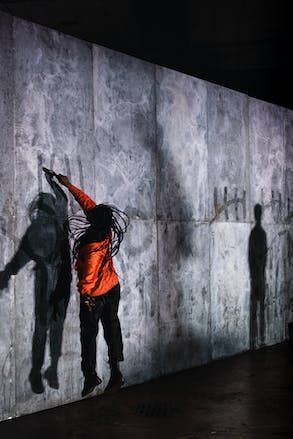 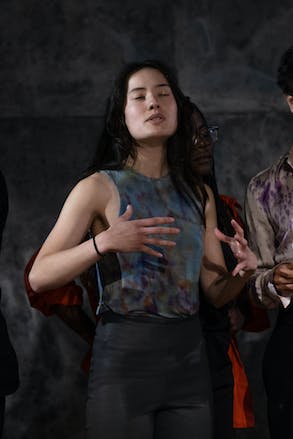