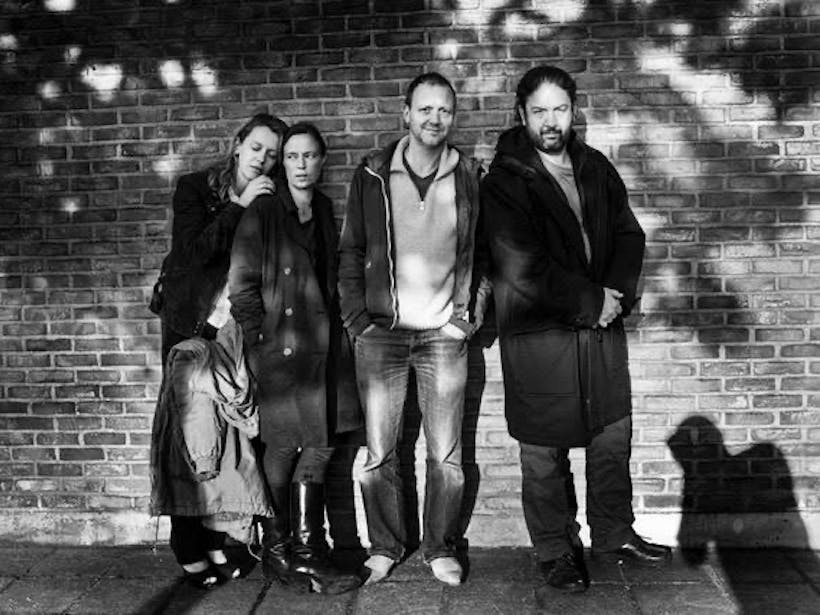 Stef Stessel
De Roovers bring a whodunit without a killer but with a firm rhythm. ​

If you have a Ghent UiTPAS with chance rate, you will receive an 80% discount on tickets for our performances. Order at Tickets Gent and show your UiTPAS when you pick up your ticket.

In De lange nasleep van een korte mededeling (The Long Aftermath of a Short Announcement), the lives of four friends are thrown off into disarray when one of them makes an apparently innocent announcement. The many conversations that ensue are a tragicomic demonstration of how everyone tries to overcome their own fears and desires. The harder everyone tries to get a grip on the situation, the worse it gets out of hand. A lot is said in a few words and even more is not said; a lot is implicitly understood and a lot is misunderstood. Magne van den Berg’s text, with its painful lightness of touch, can be read as a poem in which the images arise inside the viewer’s head.

De Roovers have deliberately opted for a short play with a limited crew and scenery in these unusual times: nothing in their hands, nothing up their sleeves. The play does not need it, after all. It is intrinsically ‘coronavirus-proof’, without losing any of its theatrical or artistic quality. De lange nasleep van een korte mededeling has been on our wish list for quite some time. Its flexibility makes it the perfect choice for this particular time.

The Roovers never work with a director: every creative process is a collective search for the story that needs to be told at that moment. The actors immerse themselves in text theatre, in which they play the classical repertoire of Shakespeare, Chekhov and Aischylos, among others, or work with contemporary writers such as Paul Auster and Judith Herzberg.

The coming season they will be performing De lange nasleep van een korte mededeling, a text by Magne van den Berg, based on the idea that things that are obvious to us, can affect the other. Within a small group of friends, lovers and loved ones, a short communication triggers unexpected emotions. The wordplay feels a bit strange and funny at first, but quickly grabs you by the skin of your neck. Like a whodunit without a killer but with a firm rhythm.

If you have a Ghent UiTPAS with chance rate, you will receive an 80% discount on tickets for our performances. Order at Tickets Gent and show your UiTPAS when you pick up your ticket.

For safety measures due to corona, we're selling tickets for venues with smaller capacity. Is this production is already sold out? Subscribe for our waiting list and you'll be the first to know when extra tickets are available.