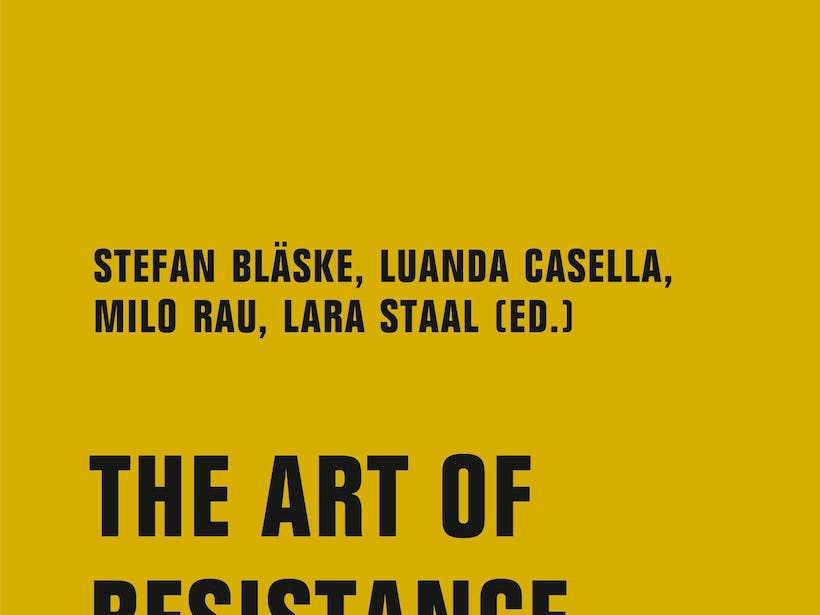 The Art of Resistance appears February 2020. On Theatre, Activism and Solidarity. With texts by Stefan Bläske, Luanda Casella, Milo Rau and Lara Staal.

The Golden Books are a joint project by NTGent and the Berlin publisher Verbrecher Verlag. It is a series comprising programme articles on theatre, aesthetics and politics as well as background pieces on projects by NTGent. A series on both the theory and the practice of an engaged theatre of the future. The Art of Resistance is the fourth volume in this series. It gathers speeches, essays, interviews and manifestos, written and performed by artists, activists, journalists and lawyers. How can we practice solidarity? Fight an unjust system of imperialism and neoliberal capitalism? Give a voice to the unheard? With texts by Milo Rau, Luanda Casella, Stefan Bläske and Lara Staal.