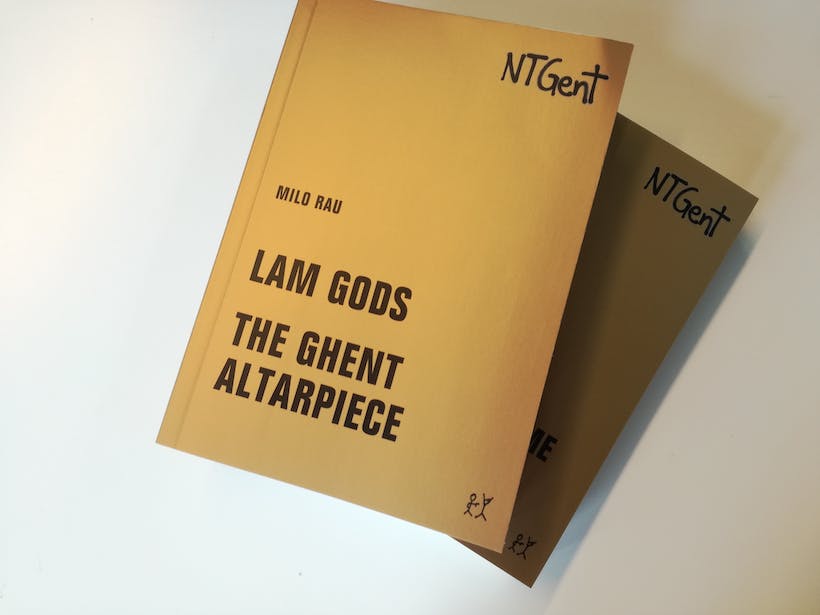 'Lam Gods/The Ghent Altarpiece' is the second volume in the series Golden Books. It is published end of September 2018 for the premiere of Milo Rau‘s theatre production “Lam Gods” to open his first season as artistic director of NTGent. The volume gathers – in Dutch and English – material, original texts as well as background-interviews about Milo Rau‘s production, a work between theatre and a performative video installation, with which he transposes the most famous painting of Belgium, the “Ghent Altarpiece” of the Van Eyck brothers from 1432, into the present.