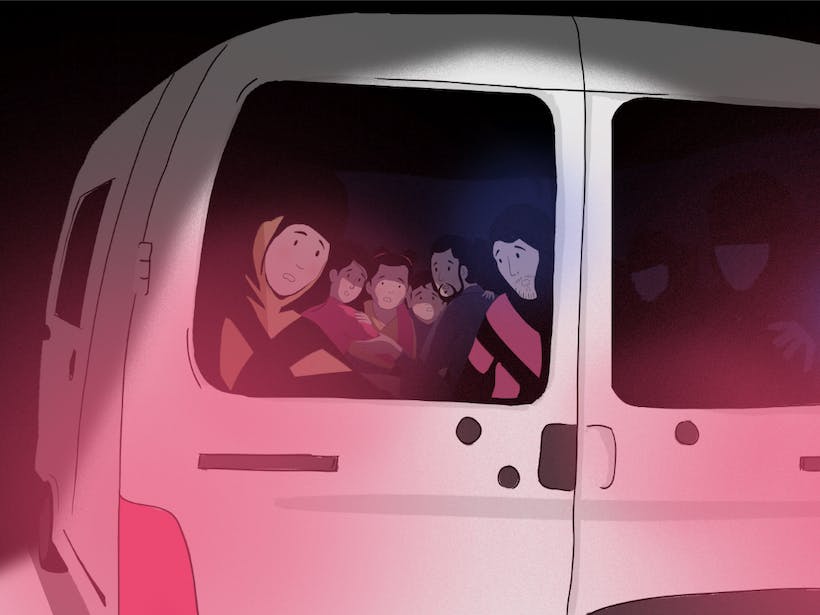 A tragedy, not a performance

On the night of May 16-17 2018, the two-year-old Mawda is killed by a police bullet on the highway near Mons. In a minibus, she and her Kurdish family are fleeing from the violence at home. To a safe country. To a better life. But instead she dies lonely in an ambulance. Her parents aren't there because they have already been arrested and taken away.

This is not a performance. This is real.

The police concealed the fact that shots have been fired, not only from the press, but also from the emergency services. One day later they have to admit it. It sets the tone for the whole further investigation: an attempt to minimize this murder of a two-year-old child, while pointing to the parents who are being criminalized.

This is not a performance. This is real. This is Belgium.

Now, two years later, on November 23rd and 24th, the trial takes place in Mons. The public prosecutor pleads for mitigating circumstances. Hushing things up? This is not a trial against a single policeman who oversteped his bounds. A whole system of police and state violence against all those who don't fit in, should be on trial here.

This is not a performance. This is real. This is Belgium. And we are all silent witnesses.

That's why Kaaitheater is making this case visible.
Because Mawda deserves justice: the recognition of her murder.
Because Mawda is no longer Mawda, but there are so many other Mawda's.
Because police violence has to stop.

GIVE MAWDA A VOICE!
Follow the Facebook profile 'Justice for Mawda'.
Or use your phone (horizontally) to record a short message of solidarity. Share it with your friends (#justiceformawda) and send it to justice4mawda@gmail.com.