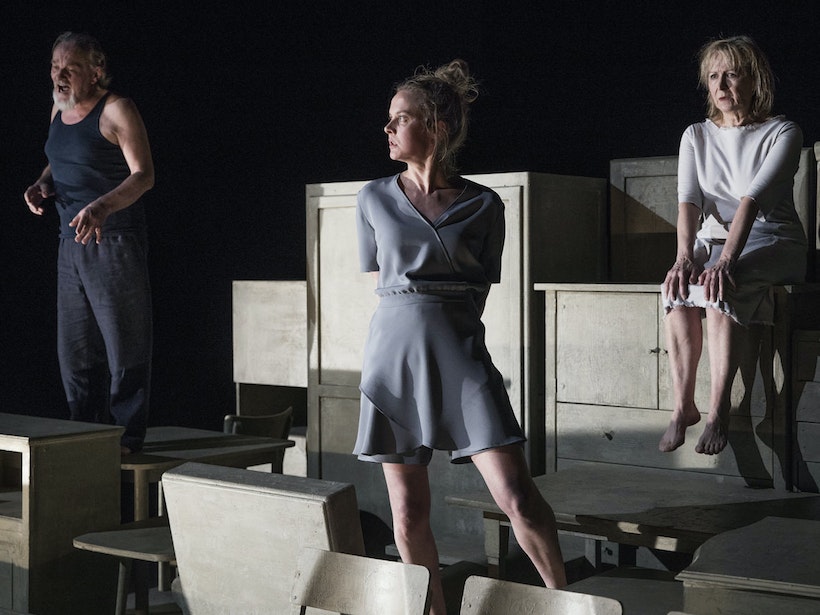 Phile Deprez
Director Liliane Brakema made her debut at NTGent in 2018 with an adaptation of 'Menuet', Paul Boon's masterly novel. In a sober setting, the actors and Boon's expressive prose shine.

In Menuet  Louis Paul Boon sketches a love triangle between a labourer, his wife, and the maid. The book has an explicitly sexual theme, which outraged some literary critics, mostly from the Catholic circle by Boon’s so-called ‘dirty mouth’ and ‘filthiness’, as a result of the sexual fantasies and the infidelity in the storyline. But above all, Menuet  is a grand novel about emotional loneliness and existential alienation, and an absolute highlight in Boon’s literary oeuvre.

"The book bursts with theatre", Brakema says. "While reading, I kept asking myself why the characters speak so much, why they don’t have a single quiet moment – they’re stuck in talking and you could make this sensory on stage by using, for example, music or images."

The title refers to an old French baroque dance in 3/4 time. For director Liliane Brakema, who debuted at NTGent with this production, this is an extra reason to continue her artistic research on the interaction between text and physical expression. The working process steps back from classical text theatre, giving room to improvisation and choreography and investigates how the body relates to the set. The result is a poetic performance, with equal attention to text and image. 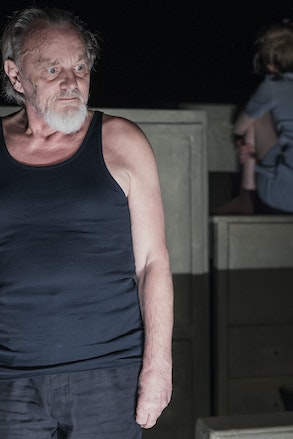 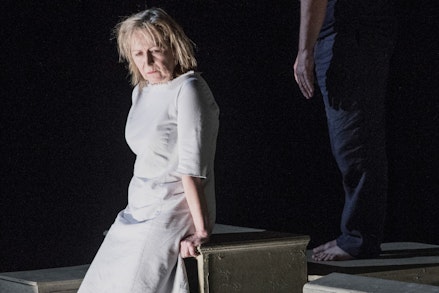 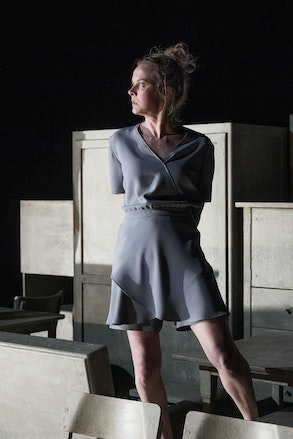 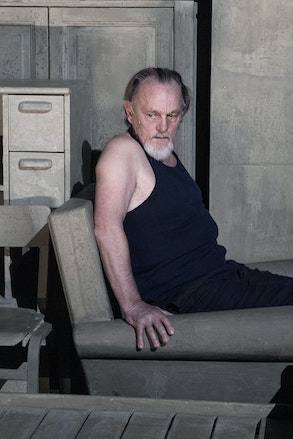 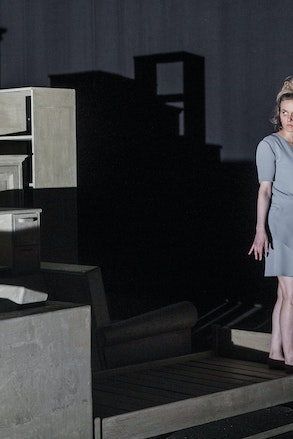