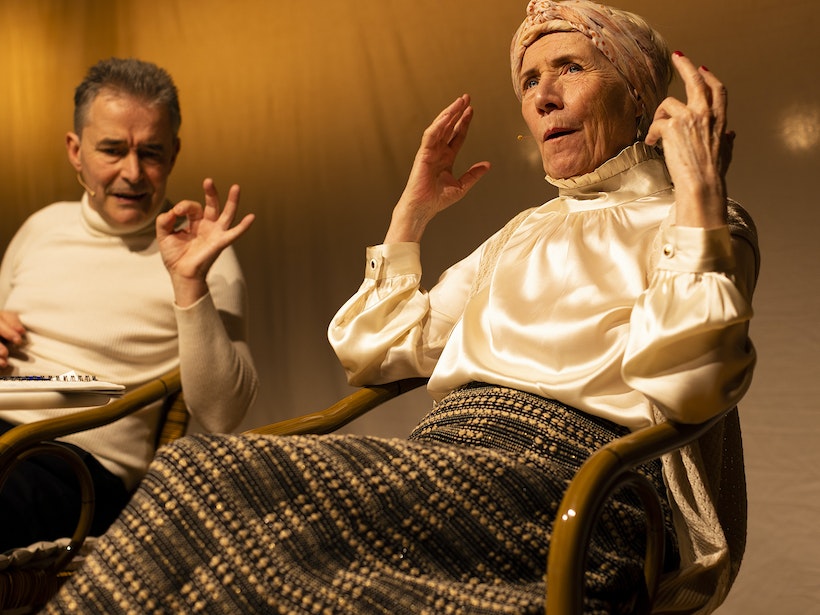 After Socrates, Marx and Spinoza, philosopher and theater maker Stefaan van Brabandt presents the fourth part in his theater series on great philosophers. Not a monologue, but a dialogue this time. And this time it will be between the most famous couple in the history of philosophy. Brought to you by Sien Eggers and Frank Focketyn.

Simone de Beauvoir is considered the most important writer, philosopher and feminist of modern times. Her classic "The Second Sex" is considered the bible of feminism and forever changed thinking about the role of women in a male-dominated world. Jean-Paul Sartre is considered the father of existentialism. His novels, plays and philosophical works always focus on man who is condemned to freedom. In a world without God, according to Sartre, he must remain true to his essence as a human being and not shun the responsibility of creating meaning and significance himself.

Their intellectual life was played out in Café de Flore on the Boulevard Saint-Germain-des-Prés in Paris, surrounded by writers, artists and philosophers such as Albert Camus, Giacometti, Picasso... Jean-Paul & Simone were public intellectuals and iconic role models who shaped the social, political and philosophical thinking of an entire generation. Existentialism as embodied and propagated by them was no less than a real hype in Europe in the mid-20th century.

(read more below the quote)

"Focketyn and Eggers tell the story of their characters beautifully"

What significance does their philosophy have today? Is the feminist struggle for which de Beauvoir championed still relevant today? And what does she mean by her morality of ambiguity?  What does it mean to be authentically human? Why are we "doomed to freedom"? And why, according to Sartre, are "the others" "hell"? In Sartre & De Beauvoir, the cult figures of French existentialism look back at their lives and thoughts. And on their turbulent love affair. 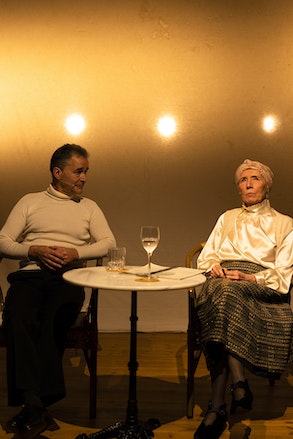 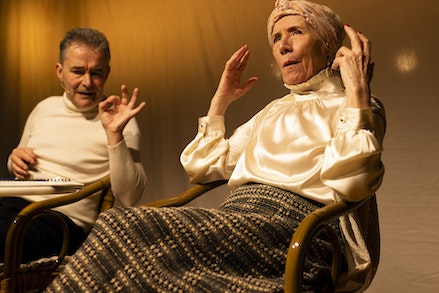 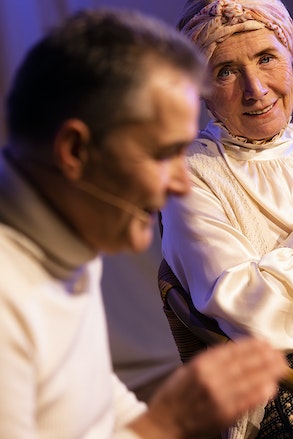 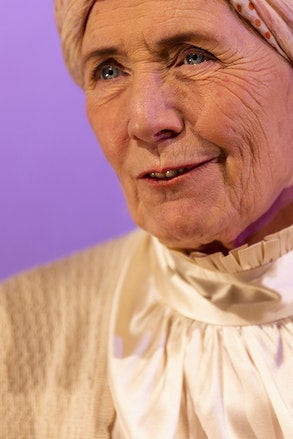 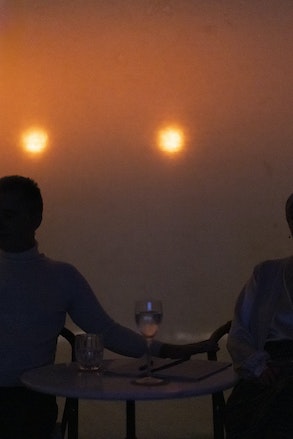 Oops! This performance is (partly) sold out. Add your name to the waiting list or be flexible and choose one of or other great shows.