School of Resistance: The Art of Assembly XII 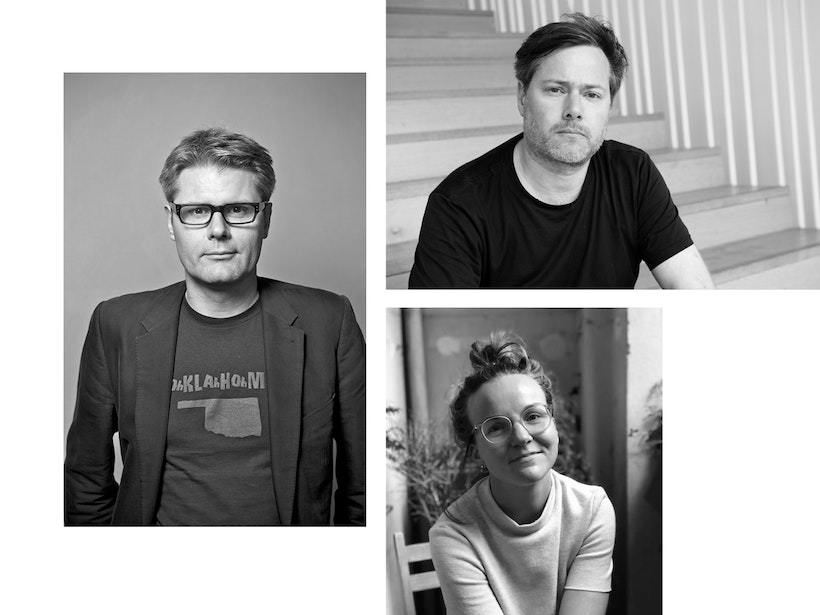 Numerous theatre makers and artists have been inspired by the concept and the performative reality of assembly in recent years, creating, directing, initiating trials, parliaments, congresses, summits and assemblies in white cubes and black boxes, on proscenium stages and public spaces. But the relationship between theatrical and political representation remains complicated. What are difference and proximity between physical presence within an art institution and on, for example, an occupied square?

The 12th edition of „The Art of Assembly“ looks at the often productive, often ambivalent relationship between art and activism, inviting three very different initiators of assemblies: Theater director Milo Rau believes in staging and realistic representation in his plays, while for his tribunals and trials he invented what he calls „symbolic institutions“; the School of Resistance uses theatrical settings but understands itself as an activist, not an artistic project; and the activists Isabelle Fremeaux and Jay Jordan believe: If you truly want to do politics, you have to desert the institution of art and entangle insurrectionary imagination into the everyday life of movements. 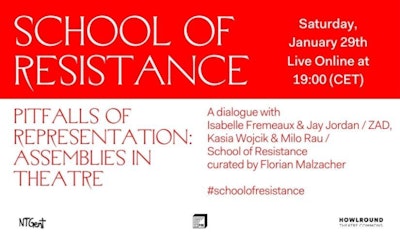 "The Art of Assembly" is an ongoing series of lectures and talks on the potential of gatherings in art, activism and politics. It is a series by Florian Malzacher and brut Wien. In cooperation with Wiener Festwochen, Münchner Kammerspiele, Volksbühne am Rosa-Luxemburg-Platz, BIT Teatergarasjen, Goethe Institut & NT Gent.

Milo Rau is director, author and the artistic director of NTGent (Belgium). Since 2002, he has created and published more than 50 stage plays, films, books and political interventions and has been rewarded with several honours and prices such as the European Theatre Prize in 2018.

Kasia Wojcik is dramaturge, curator and poet. She has been part of IIPM since 2017. She was co-dramaturge of The General Assembly (2017) and has been leading curator of The School of Resistance since 2020.

Florian Malzacher is an independent curator, writer and dramaturge. He was artistic director of Impulse Theater Festival (2013 - 2017) and co-programmer of steirischer herbst festival (2006-2012). He has published numerous books on theatre, curating and the relationship between arts and politics. Since beginning 2021 he is hosting „The Art of Assembly“.

The Laboratory of Insurrectionary Imagination has brought artists and activists together to co-design and deploy forms of creative disobedience since 2004. Consensus decision making and assembling is at the heart of this process, which is always entangled with radical movements and yet also has a foot in cultural institutions. Facilitated by Isabelle Fremeaux and Jay Jordan, the Labofii inhabits the zad of Notre-dame-des-landes, a rebel territory that fought off an international climate wrecking airport project.