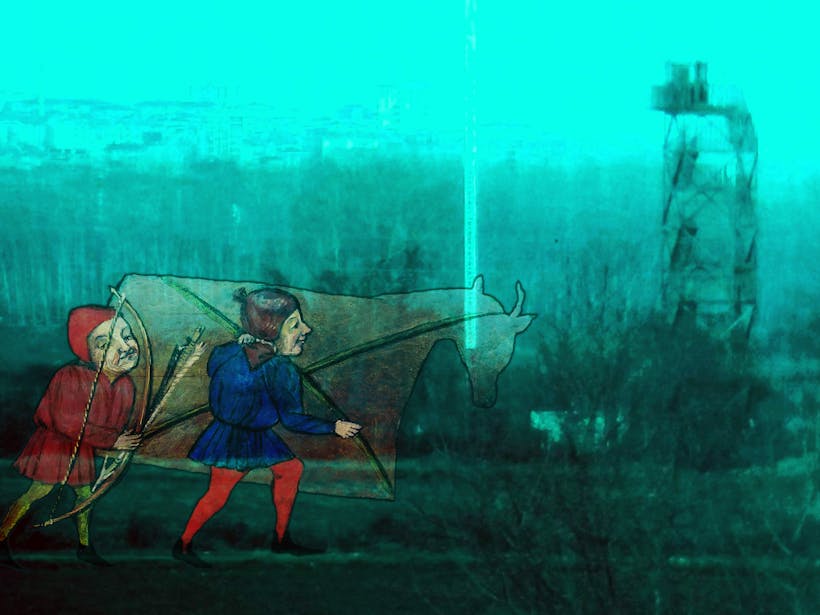 Robin
​A cloud of voices gathers in an imaginary museum.

Their bodies are held up elsewhere, but here absent storytellers recount histories of hunting. Some of these voices are heard. Many are not. During an actorless audio performance, you will hear snippets of Arabic, English, Farsi, French and Greek collected from around the Mediterranean. Sampling from hours of recordings, ROBIN pieces together a many-voiced portrait of the contemporary manhunt. The Wild Hunt is the third part of Simple as ABC, a series on the Western migration management machine. It follows a theatrical audio essay about cutting-edge detection technology and a documentary musical about the digitization of the EU border.