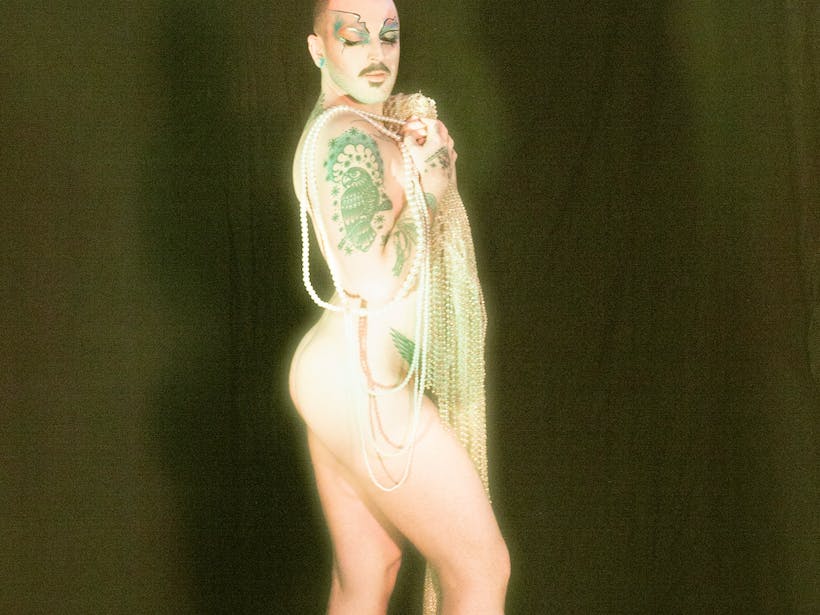 Daphne Okon
'Venus In Libra' tells the story of a runaway, hypocritical world that condemns sex.

The starting point for this production for the Antwerp-based artist and entrepreneur Jaouad Alloul was the moment when an EU politician with an anti-LGBTQ+ agenda was caught during lockdown at a sex party for gay men. It showed a hypocrisy and power politics which urgently need to be brought to an end. Venus in Libra  is a manifesto, a dialogue and radical resistance to all conservatism.

The place to be is 'The Last Mermaid', a nightclub where Coco rules the dancefloor as Queen of the Night. With a mixture of music, spoken word and dance, the creatures of the night submit to their true selves. The Roaring Twenties in full-on orgy mode. No vice or virtue is neglected, no intoxicant remains untouched. But the glitter and glamour conceal a deep malaise.
Coco confronts, balances, offers a mirror in which society shows its true face, and it is anything but a pretty sight. More than any other, she dares to ask: who will be the last one standing?

Venus in Libra  seeks balance in a world that refuses to learn from its mistakes. There is a need for transparency, more gentleness, more femininity. Radical love and sex with consent. Individual expression and collective awareness. Generous encounters and intimate embraces.
Who represents the status quo and which side of the (r)evolution are you on? Venus in Libra  is a theatrical experience of music that can best be summarised as a chaotic punk queer pop concert.

Who are you when no one is looking? Do you wear a mask or does the mask wear you? When the night falls, our animal side emerges.

creatures of the night

creatures of the night