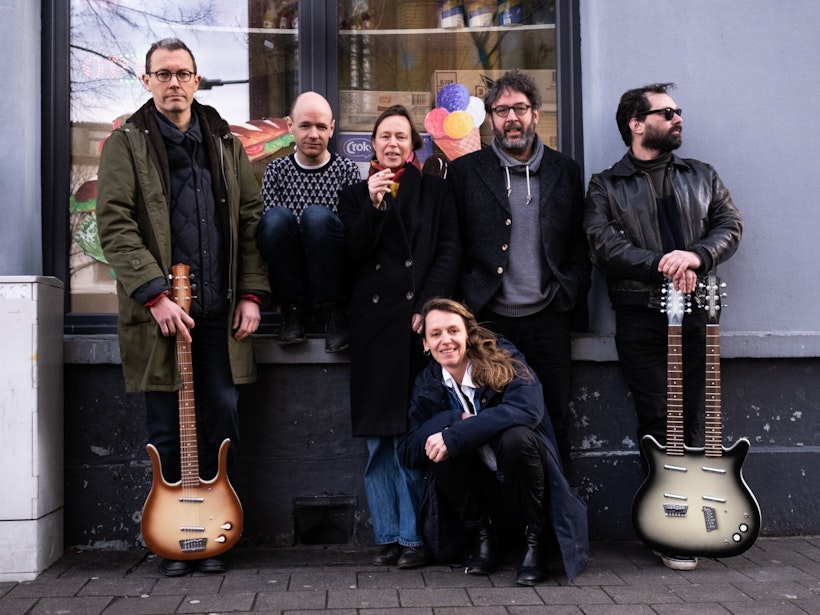 'The Curse of the Starving Class' ('Vloek!') is a play by Sam Shepard: a bittersweet satire about a vulnerable middle-class family struggling to survive.

When they risk losing their home to creditors and project developers, each of the four family members tries to escape hard reality in their own way. The father drinks himself into a stupor every day and has debts everywhere. The mother dreams of being able to take off to an exotic place. The rebellious daughter wants to become a mechanic in some remote village in the South. The son daydreams and tries to keep the family together in spite of everything. The whole production plays out at the kitchen table, with only an empty refrigerator and a live lamb as company. The conversations are brutal and harsh, sparing nothing and no one. But despite the desperate attempts to break free, the family members remain inextricably bound to each other.

Sam Shepard’s play is a passionate commentary on the ‘American Dream’. He transforms the characters’ despair into fiery poetry, hiding tenderness under hard confrontations.

When we re-read this play from 1979, written in the middle of the oil crisis, it seems to be prophetic. The image of a family trapped in a downwards spiral caused by economic precarity is unfortunately more familiar than ever.

De Roovers have got their teeth into this modern classic, presenting a spirited version for a small group of four actors supported by explosive live music written and performed by the incomparable Bjorn Eriksson and Elko Blijweert.